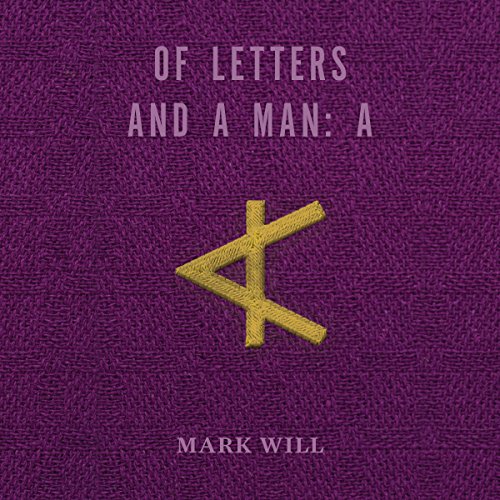 Of Letters and a Man: A

Of Letters and a Man: A is the first canto of a projected 26-canto epic. It begins with the appearance of the Poet/Anti-Poet, who invokes Cadmus the Phoenician, father of letters and literature, and announces his intention to narrate the life of a man he calls the Hero/Zero. Following this prologue, the Hero/Zero, who also identifies with Cadmus, declares that he will narrate his own life in a work he calls I Am the Book I Write. Conceived on the grand scale of Homer, Virgil, Dante, and Milton, informed by the idiosyncrasies of Proust, Joyce, Beckett, and Borges, Of Letters and a Man: A marks a revival of the epic tradition.

What listeners say about Of Letters and a Man: A

Where does Of Letters and a Man: A rank among all the audiobooks you’ve listened to so far?

Mark Will revives the art of epic poetry with this literary project of epic proportions. Of Letters and a Man: A is a writer's declaration, an artists manifesto, and a wonderful beginning to the 26 works in the series. It is an exploration of the paradoxical self, with a play of dichotomous ideas and imageries: the poet/anti-poet, the Hero/Zero; and it is also a tale of mythology of Cadmus the Phoenician. The mood evoked is gloriously affirming, and the language used magnificent. This writer possesses a skill and talent worthy of praise and envy. This is a rare jewel in contemporary poetry, and Will is an artist truly skilled in his craft.

What does Guy Bethell bring to the story that you wouldn’t experience if you had only read the book?

Guy Bethell performs the poems beautifully and evokes a Shakespearean mood to the work.