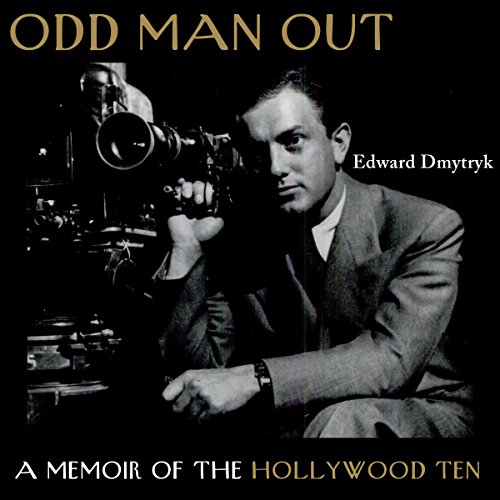 A Memoir of the Holllywood Ten
By: Edward Dmytryk
Narrated by: A. Smith Harrison
Length: 7 hrs and 40 mins
Categories: Bios & Memoirs, Artists, Writers, & Musicians
5 out of 5 stars 5.0 (1 rating)

By: Edward Dmytryk
Narrated by: A. Smith Harrison

In 1947, the House Un-American Activities Committee rudely interrupted the successful career and life of Edward Dmytryk, citing him with contempt of Congress. As a result, Dmytryk was fired by RKO and spent three years in England before returning to the United States to serve a six-month jail sentence and undergo a second round of hearings, during which he recanted and provided evidence against several of his former colleagues.

In this personal and perceptive book, Dmytryk sharply chronicles the history of a particularly turbulent era in American political life while examining his own life before and after the events universally called the witch hunts. He details his brief membership in the Communist Party of America, explaining his initial commitment to what he perceived as communist ideals of civil liberties, economic justice, and antifacism, followed by his eventual disillusionment with the party as it betrayed those ideals.

Dmytryk describes his reactions to other members of the Hollywood Ten. His recollection of conversations with them lend his book an immediacy that is not only informative but also absorbing.