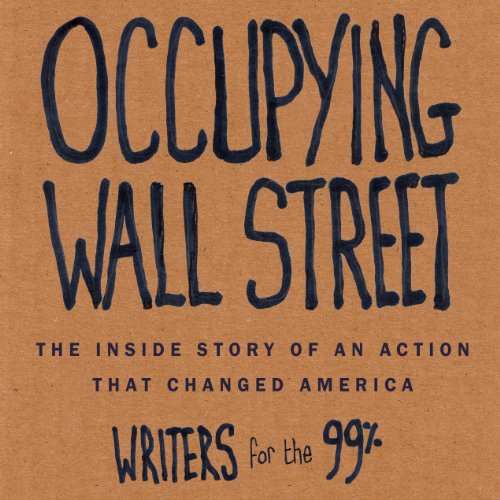 The Inside Story of an Action that Changed America
By: Writers for the 99%, A. J. Bauer, Christine Baumgarthuber, Jed Bickman, Jeremy Breecher
Narrated by: Kevin Readdean
Length: 5 hrs and 38 mins
Categories: Politics & Social Sciences, Politics & Government

The inside story of the protest that has given birth to America's most important progressive movement in a half century.

In a vivid, fast-paced narrative, the key events of the occupation are described: the pepper spraying of young women corralled between plastic fences by the NYPD; the mass arrests on the Brooklyn Bridge; the victory on October 14th when an announced "clean up" of the square was abandoned by a mayor's office fearful of a PR disaster; and the eventual storming of the occupation that brought it to an abrupt end. Woven throughout are stories of daily life in the square focusing on how the kitchen, library, media center, clean-up, hospital, and decision-making at the General Assembly functioned, all in the words of the people who were there.

The future course of Occupy Wall Street remains unclear. But one thing is starkly evident: Under the banner "We are the 99%" the protest has given birth to America's most important progressive movement since the civil rights marches half a century ago. This is the story of that beginning.

Writers for the 99% is a group of writers and researchers, active in supporting Occupy Wall Street, who came together to create this book. A list of all those contributing will appear at the back of the book.

All profits from this book will be donated to Occupy Wall Street.