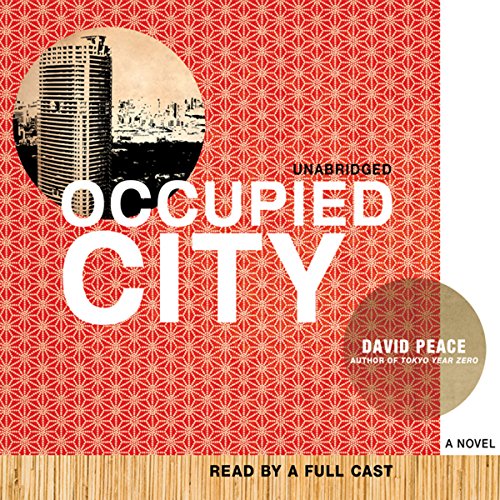 On January 26, 1948, a public health official arrives at a branch of the Teikoku Bank in Tokyo. There has been an outbreak of dysentery in the neighborhood, he tells the manager, and he has been assigned by Occupation authorities to treat all locals who might have been exposed.

The 16 members of the staff gather as the official pours the first of two separate medicines into 16 cups and instructs them in how exactly to drink it. Within five minutes, 10 employees are dead and the official has fled. But the horrific crime is merely the catalyst for this blistering novel.

In 12 different voices—each telling the story of the murder from a singular perspective—the narrative gathers staggering power and pathos. We hear one of the victims speak from the grave. We read the increasingly mad notes of one of the case detectives, the desperate letters of an American occupier, and the testimony of a traumatized survivor. We meet a journalist, a gangster-turned-businessman, a man who calls himself "The Occult Detective," a Soviet soldier, and a well-known painter accused and convicted of the crime. Every voice enlarges and deepens the portrait of a people making their way out of a war-induced hell. Wittingly or unwittingly, each one of them plays a part in blurring the line between truth and lies: in their own lives, in the life of their city, their history, their nation, the newly emerging postwar world.

A stunningly audacious work of fiction, Occupied City envelops the reader in its extreme time and place with its brilliantly idiosyncratic, expressionistic, and mesmerizing narrative.
©2009 David Peace (P)2010 Blackstone Audio

“An extraordinary and highly original crime novel…This is a truly remarkable work. It is hugely daring, utterly irresistible, deeply serious and unlike anything I have ever read.” —New York Times Book Review
“Hypnotic postmodern noir of almost unrivaled fury…Expect to be enthralled and maybe amazed…[Occupied City] takes no prisoners.”—Los Angeles Times Book Review
“Like the novels of Stieg Larsson, Peace’s books are fueled by political passion…Occupied City [is] genuinely hypnotic.”—Harper’s