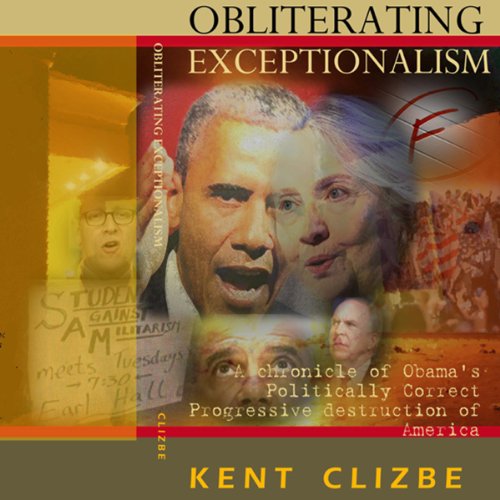 Obama's administration is the most anti-traditional-America regime ever to hold power in Washington D.C. Kent Clizbe analyzed Obama's political roots in the run-up to the 2008 election. He continued to provide incisive commentary and analysis as Obama's handlers governed. Obliterating Exceptionalism is a collection of analytical commentary from the beginning of Obama's destructive operation against our country. It is the first draft of the history of the first PC-Progressive administration bent on destroying America.