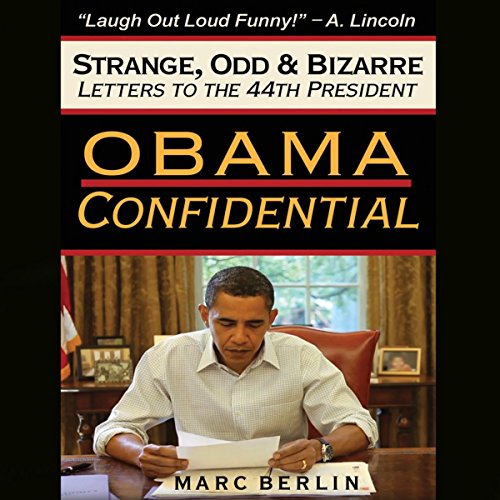 In this outrageous collection of fake letters to the 44th President of the United States, Barack Obama, we’re offered a startling inside look at what’s on the minds of Americans today. From celebrities as diverse as Warren Buffett, Bill Clinton, and Steven Spielberg, to anonymous everyday citizens like the minimum-wage waitress in Oklahoma and a dry cleaner named Al Kayda in Wisconsin, Obama hears it, and gets it, from everyone. And when you’re the president, absolutely no subject is off-limits.

An ex-student in Illinois is drowning in an ocean of debt; a harried housewife in Wyoming has dubious ideas about how to save hard-earned pennies; a gun owner in Tennessee vigorously defends his right to bear arms. Even a Harvard classmate re-appears with a not-so-subtle demand for money. Obama, who’s obviously a very busy man, sometimes answers with a brief innocuous letter of his own.

Echoing another classic of US history, Alexis de Tocqueville’s Democracy In America, Obama Confidential offers a vivid, consistently amusing snapshot of America in the second decade of the 21st century, with hilarious results.

The letter were almost as boring. as his presendcy. It does make once again miss Obama, instead of our Tweet mad current one. But getting back to the letters, they are not that odd, interesting or worth my time to listen too.