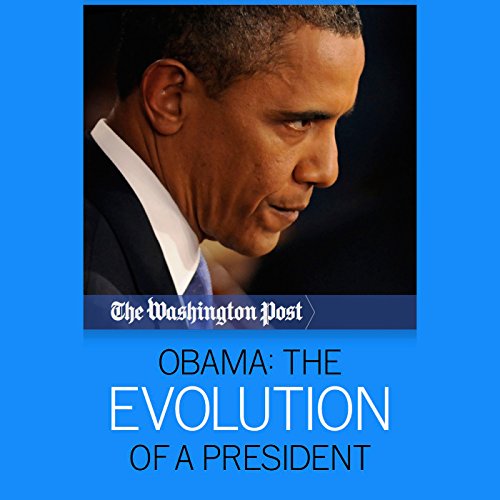 The Evolution of a President
By: The Washington Post
Narrated by: Chris Sorensen
Length: 3 hrs and 23 mins
Categories: Nonfiction, Politics
4.5 out of 5 stars 4.5 (2 ratings)

Barack Obama arrived in Washington in 2008 symbolizing the political change he promised on the campaign trail during his historic presidential victory. But in many ways, Washington changed Obama more than Obama changed Washington. This is the story of how the idealist of the 2008 campaign evolved into a hard-nosed pragmatist, shelving his promise of a new kind of politics to fight increasingly partisan budget battles and run a bare-knuckles re-election campaign. Through a series of articles and photographs published by The Washington Post, this audiobook outlines the change in his political personality during his four years in office, and describes his engagement with some of the most challenging issues he confronted during his time in office - and what his approach may mean for a second term should he win in November.