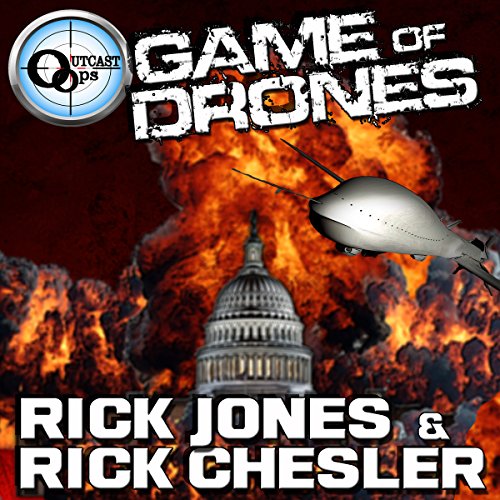 By: Rick Jones,Rick Chesler
Narrated by: Dave Wright
Try for $0.00

When a highly sophisticated terror cell steals a contingent of deadly Reaper drones from a US military base, no one has to wonder for long what they'll be used for. As America's own top military technology is turned against its homeland, it looks as though, for the first time in history, the president will have no choice but to give in to terrorist demands.

Enter OUTCAST (Operational Undertaking to Counteract Active Stateside Threats) - six ex-operatives from six of America's most powerful organizations. Each has been unceremoniously released by their respective former employer for alleged misdoings that leave their pride wounded but their essential skill-sets untouched. After uniting over their shared bond of dismissal from the nation's most elite outfits, the disgruntled spooks realize that they can work together like never before to take down threats to their beloved country, a country that branded them as outcasts but needs them now more than ever.

As a nauseating wave of drone strikes brings the eastern seaboard to its knees, OUTCAST is hell-bent on showing America that their way isn't the best way - it's the only way.

What listeners say about OUTCAST Ops: Game of Drones, Book 1