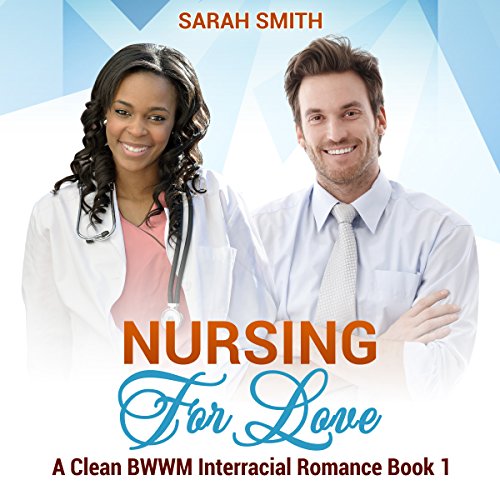 By: Sarah Smith
Narrated by: Ayelet Sror
Free with a 30-day trial

Lydia has had a strange upbringing. Raised by a stripper mother in the green room of the club she works in, Lydia has grown up distrusting men who never seem to stick around. Her mother, a smart businesswoman, saved enough money to buy not one club, but two, and send Lydia to nursing school. Now a successful nurse at a pediatrician's office, Lydia loves her job and her life, and she is grateful to her mother for her help getting there.

Martin is the handsome father of twin six-year-old girls whose mother deserted them when they were toddlers. He's raised them by himself, with the help of his mother, since his wife walked out. When one of the twins falls out of bed in the middle of the night and hits her head, he rushes with her, her sister, and his mother to the ER, where he meets Lydia.

The pair begin a rocky relationship filled with inner demons on both sides. Can their love survive?

What listeners say about Nursing for Love

Luckily I didn't waste too much time

It definitely was a struggle to finish. The story was lame in my opinion and the narrator didn't make it any better. The conversations especially between the 2 main characters were ridiculous and the whole story was just off. i was glad when it was over!

Not true the the black women

Okay black women do not wash there hair as often as in this book. Our hair is not easy to maintain as suggested in this book unless we have a protective style and if we do we would not be washing it that much. The only thing that even hinted to him dating a black women was from the description they gave of her. Needed more research on black women it feels like it was thrown in there as an after thought. Coming from a Black women.

First time with this author and narrator and sadly probably the last time. The story was not very engaging and the speed that the main characters met, fell in love etc. was WAY too fast. The 'conflict' was predictable and not flushed out very well. bummer

This is a cute story. The love and relationship happened very quick. No mention of race in the storyline. If it weren't for the cover I never would have known it was an interracial couple. Why mention it at all?