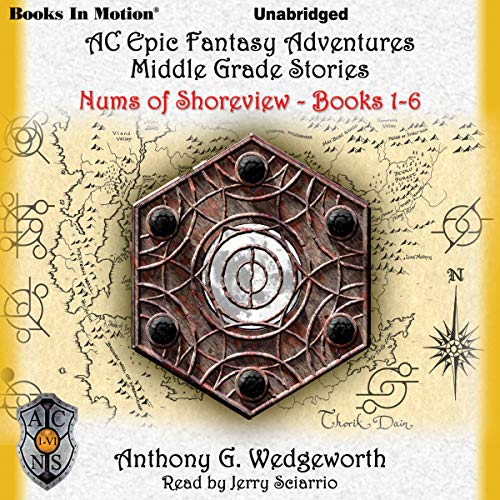 By: Anthony G. Wedgeworth
Narrated by: Jerry Sciarrio
Try for $0.00

Unfair Trade, book two: “Dare to Trade” is a trading shop known for its collection of unique items. With the owner of the store away on business, three young friends take it upon themselves to run the business. However, they were not prepared for the ramifications of a trade that could place their customer in danger, as an undead warrior returns from a long-forgotten battle in search of the item given away.

Slave Trade, book three: The sheriff investigates local nums of Shoreview gone missing. It is believed that slave traders are rounding them up to be shipped out in order to be sold. The three young nums who run the "Dare to Trade" shop become involved when one of their friends wind up missing.

Baka’s Curse, book four: Pruva, a giant sloth-like creature, arrives in town and uncovers a cursed idol within the “Dare to Trade” shop, which is being run by three young Polenums. Curious about the mysteries that are hidden within the object, the three friends begin to recognize an odd series of events that cause them nothing but trouble.

Haunted Secrets, book five: Fear and panic fills this tale as the young Nums expose a key that brings danger to the lives of their loved ones.

Rodent Buttes, book six: An ancient Runestone is discovered and places the entire city in jeopardy. Like a siren call, the relic seems to lure the worst of the worst to Shoreview and use its magical abilities for their own power. Bik’s family and friends frantically create a plan to sneak the relic out of the city before anyone discovers that they have it.

What listeners say about Nums of Shoreview