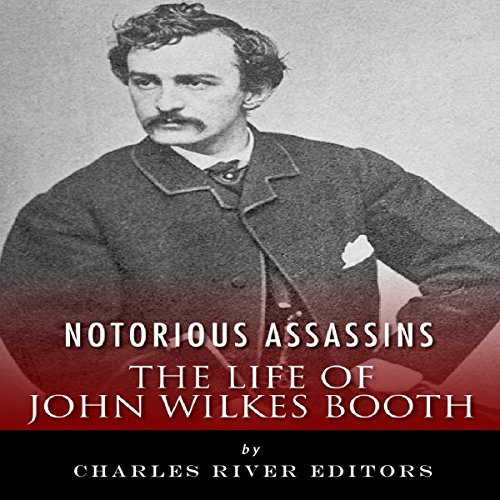 "Right or wrong. God judge me, not man. For be my motive good or bad, of one thing I am sure, the lasting condemnation of the North." (John Wilkes Booth)

Before the night of April 14, 1865, John Wilkes Booth was one of the most famous actors of his time; President Abraham Lincoln had even watched him perform. But his most significant performance at a theater did not take place on the stage. That night Booth became one of history's most infamous assassins when he shot President Lincoln at Ford's Theatre in Washington, DC.

Booth was a member of the prominent 19th-century Booth theatrical family from Maryland, and he was a well-known actor throughout much of the country by the 1860s. But Booth was also a Confederate sympathizer who dabbled in espionage, and he was increasingly outraged at the Lincoln administration. Although Robert E. Lee had surrendered the Army of Northern Virginia at Appomattox a few days earlier, an action often cited as the end of the Civil War, Booth believed the war was not yet over because Confederate soldiers under General Joseph E. Johnston were still fighting. The flamboyant actor hoped his conspiracy could strike the kind of blow that might turn the Confederacy's fate around. Early plans to kidnap and ransom President Lincoln ultimately gave way to a wide-ranging conspiracy by Booth and a small group to kill Lincoln and other top officials in a bid to decapitate the federal government and help the South.

Perhaps not surprisingly, the actor's flair for the dramatic came at a cost to the plot. It took almost no time for the shocked public and the federal government to begin unraveling Booth's conspiracy, which had mostly faltered from the beginning.

A bit choppy, but informative

The time was well spent. I learned new facts about John Wilkes Booth.

This was a biography. The ending was always known.

What does Chris Abell bring to the story that you wouldn’t experience if you just read the book?

Mr. Abell used several voices bringing personality to the characters in the book. He used tempo to keep one interested in usually boring facts. He did a superb job.

Was Notorious Assassins: The Life of John Wilkes Booth worth the listening time?