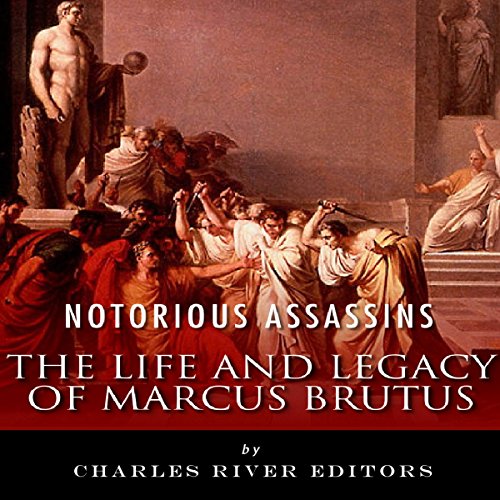 Notorious Assassins: The Life and Legacy of Marcus Brutus

Notorious Assassins: The Life and Legacy of Marcus Brutus

Throughout the annals of history, there have been few men as reviled as Marcus Junius Brutus the Younger. To this day he is associated with murder, betrayal, violence, and infamy, so much so that in modern English his name provides the root for the words "brute" and "brutal", as it does in several other Romance languages. Indeed Brutus' reputation was so infamous that when Dante composed his timeless Divine Comedy, he relegated Brutus to the very nethermost depths of hell. In the Inferno, Dante reaches the pit of the ninth circle of hell, where he finds the fallen angel Lucifer himself. Lucifer is described as a giant, three-faced demon whose three mouths are perpetually gnashing upon three sinners, widely regarded as being the three most despicable individuals in history. According to Dante, the deepest circle of hell is reserved for traitors, including traitors against kin, traitors against homeland, traitors against guests, and traitors against benefactors. The three men being devoured by Satan in Dante's Inferno are Judas, the greatest traitor of all, and the two conspirators whose knives cut down Julius Caesar: Gaius Cassius Longinus and Brutus.

Since his appearance in the Inferno, Brutus has proven himself to be a resilient fictional character, naturally appearing as the main antagonist in Shakespeare's Julius Caesar as well as turning up in places as diverse as contemporary novels, the Asterix comic books, and video games. This is hardly surprising, since Brutus was said to be the orchestrator and main perpetrator of the plot against Caesar.