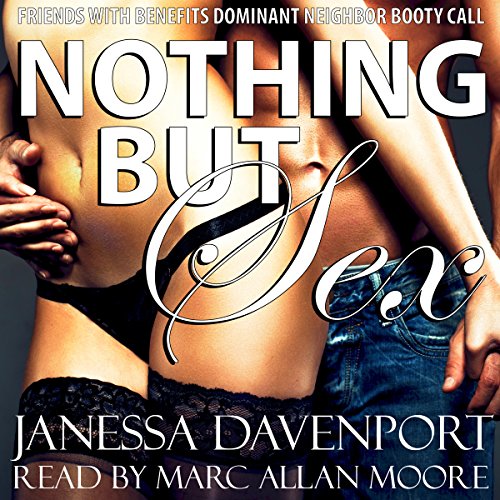 By: Janessa Davenport
Narrated by: Marc Allan Moore
Try for $0.00

After the disaster of Tad's cheating fiancée, he never wanted another serious relationship again, which was fine with Carlene, who thought men were useful only for what they had between their legs. So both had agreed, and even sworn to it: their relationship was to be nothing but sex.

But as handsome handyman Tad took Carlene roughly, she started to wonder whether their friends-with-benefits arrangement was working. Sure, she was getting the benefit of Tad's massive endowment on a nightly basis, and her hungering pool of womanhood was loathe to give that up for anything...but she was starting to find herself, ugh...liking this one. She was even starting to fantasize about moving forward...but they hadn't even spoken a dozen sentences to each other in two weeks of wall-rattling booty calls. Can she risk breaking their agreement and losing him?

What listeners say about Nothing but Sex

Okay, not what I expected. 15 word huh, well don't have that many for this. Hmmm yah.