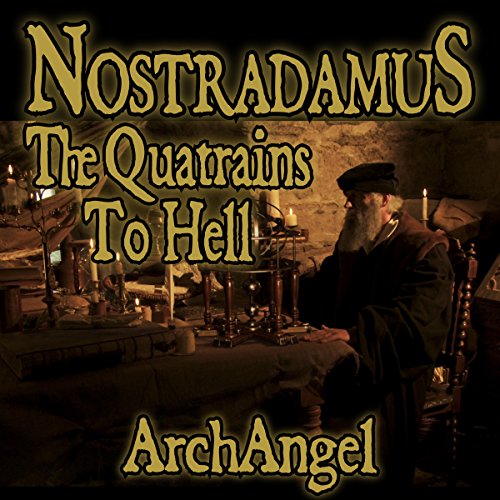 Nostradamus - The Quatrains to Hell

Nostradamus - The Quatrains to Hell

Famous seer and sage Nostradamus was born in 1503 AD in St. Remi in southern France. He died in 1566.

Many have revered him. To the people of France, he was an amazing and innovative physician who saved them from the plague of the

Sixteenth century. To others, he was a dark magician and astrologer. He was also a member of the court of Catherine de Médicis, then queen of France. During WWII the Nazis and the British both used his work for the purpose of propaganda.

To many of us today, he is best known as the author of a book of his own prophecies called Centuries, which he first published in 1555. It's written entirely in four-line rhyming versus known as "quatrains", which cryptically describe events from his time through the year 3757 AD.

This is a collection of short stories based upon a few of the thousands of predictions of the man simply known as Nostradamus as well as some historical accounts. The stories contained inside bring the prophecies to life, however, the characters in this program places are fictitious and are based up on no real person or location, but the predictions and words of Nostradamus found within the stories are very real.