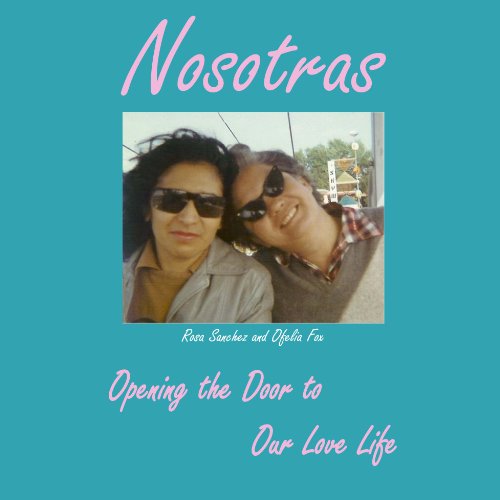 Nosotras: Opening the Door to Our Love Life

By: Rosa Sanchez,Ofelia Fox
Narrated by: Linda Kerr
Try for $0.00

The book Nosotras, Opening the Door to Our Love Life, which has all the ingredients of a novel, is in fact true and autobiographical. The book covers the last four decades of the life of Ofelia Fox, wife of the owner of the famous cabaret Tropicana of Havana, who went into exile and became the first female Spanish radio personality in Miami. She later co-authored Tropicana Nights, The Life and Times of the Legendary Cuban Night Club.

In 1964 Ofelia and Rosa moved to Hollywood, and from then on the two faced their life together with an adventurous spirit and an unshakeable devotion for each other. They raised Rosa's boy, Toto, now a successful businessman in Southern California who is happily married and has three sons.

Ofelia and Rosa never stopped creating and writing. The combination of Ofelia's banking career with Rosa's role as one of the first female chief financial officers in a West Coast advertising agency enabled them to be passionate part-time writers. The couple won many awards and were best profiled in the highly regarded Women Playwrights of Diversity: A Bio-Bibliographical Sourcebook by Jane T. Peterson and Suzanne Bennett, published in 1997: "Los Angeles based Rosa Sanchez and Ofelia Fox use theater to promote social awareness and have written extensively in both English and Spanish for radio, television, and the theater. They combine comedy with serious themes, particularly those that affect women and Latinos. In their plays they bring to the surface homosexuality and AIDS...."

The Fox-Sanchez hillside home had been a hub for many activities, but recounting publicly the couple's four decades of intimacy was not in Rosa's plans. But eventually, and not without trepidation, she recognized that Nosotras, Opening the Door to Our Love Life was an uplifting story begging to be shared. She had begun to write this book when she was still a very youthful 77-year-old, full of vitality, dreams and enthusiasm - years before the diagnosis of cancer was a threat to their world. And so it was that Rosa found the way to, again, work with her favorite collaborator: Ofelia. In her "spiritual testament", Ofelia describes their journey as "...thirty nine years of the life of two souls who played the game of love, oblivious of Destiny's dirty tricks."

Nosotras, Opening the Door to Our Love Life, is candidly written, charming, uplifting, and appropriate for everyone. It extols unconditional love, exudes faith in God and Destiny, and decidedly opens, not only the door to their love life, but to other spiritual concepts that are slowly coming out of the closet.

What listeners say about Nosotras: Opening the Door to Our Love Life

Would you ever listen to anything by Rosa Sanchez and Ofelia Fox again?

The narrator is horrible

What did you love best about Nosotras: Opening the Door to Our Love Life?

I found the book very moving and well done. It was a wonderful story of a relationship that few people are lucky enough to have.

I had no favorite character. Both Rosa and Ofelia were fully developed and appealing.

I thought that Linda Kerr did an excellent job in evoking Rosa and Ofelia. Each was distinct and believable. Linda brought the protagonists to life. I was never bored.

There were so many moving moments in the book that it is hard to pinpoint just one. In general I found it quite moving that Rosa and Ofelia were so compatible and devoted to each other in so many ways. I was impressed that they knew enough to treasure every moment together.

Full disclosure: I have been acquainted with Ofelia and Rosa, and had seen some of their plays, at least two directed by my husband. That being said, I think that my review is objective. I had already read "Tropicana Nights", a book about Ofelia's life. I also had found the print version of "Nosotras" to be fascinating and moving. I wanted to hear the audio performed, as I know Linda. She did a wonderful job, and through the reading I could easily envision the real Rosa and Ofelia.

I think this book should be the definitive statement on the legitimacy of gay love and marriage and should be part of the standard literature on this matter. Anyone who wants to ban gay marriage should educate him/herself by reading this book.