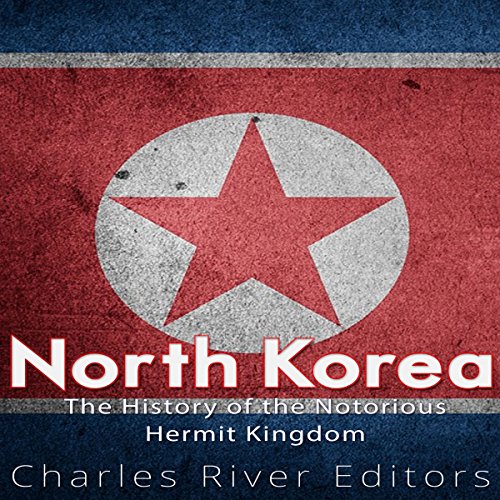 North Korea: The History of the Notorious Hermit Kingdom

North Korea: The History of the Notorious Hermit Kingdom

"There is no force in the world that can block the powerful march of our army and people, who are holding high the banner of the suns of great Comrade Kim Il-sung and great Comrade Kim Jong-il and continuing to advance under the leadership of the party and with strong faith in sure victory." (Kim Jong-un)

In 2014, the International Space Station unleashed a series of photographs that had netizens around the globe simultaneously slapping their cheeks in disbelief. They showed striking satellite shots of the world at nighttime, illuminated by its dazzling city lights. But it was a close-up snap of the China-North Korea border that elicited the biggest reactions, for the image, as terrific as it was, was equally troubling. The images show an enormous patch of pitch-blackness flanked by two sweeping stretches of gold, the coruscating clusters of light marking the largest cities in the land. On one side lay the shimmering Chinese territories, and the other, the glittering grounds of South Korea. The patch of black in question was so dark it could very well be mistaken for an extension of either the Yellow Sea or the Sea of Japan.

At first glance, it would seem as if there was not an inkling of life in sight, had it not been for the tiny twinkle floating in the center of the abyss. This twinkle was none other than the city of Pyongyang, and the missing piece of the puzzle was North Korea.

North Korea has long been the butt of jokes, and it has been a longstanding target of international criticism, but the startling satellite image demonstrated the truly catastrophic conditions North Koreans find themselves in. Statistics show that the average South Korean uses up to 10,162 kilowatt hours of power per year, whereas their neighbors in the north consume only 739. This is only one amongst a slew of stumbling blocks affecting the state.

The entire state is frozen in time. Notwithstanding a fractional sliver of the capital, where the Supreme Commander and the North Korean elites reside, the faded Pyongyang skyline and its blocky, monotone buildings - while a vast improvement from the rest of the state - seemed to be lifted straight out of the '70s at best.

So why is North Korea so starkly different from its neighbors when nothing more but mere borders separate them? A tyrannical lineage secured by nepotism. An entire nation indoctrinated by chilling, mindboggling propaganda, molded by fear and forced ignorance. Mass purges doled out seemingly on whims, without fair trials. Unparalleled paranoia and cold-blooded assassinations left and right. An impoverished sphere of barren wastelands inhabited by malnourished masses. These sound like the elements of a particularly perilous period of autocracy enforced by some mad monarch of a bygone era, or perhaps a generic blurb for a far-fetched thriller set in a dystopian future. Alas, the description matches the modern state of North Korea almost flawlessly.