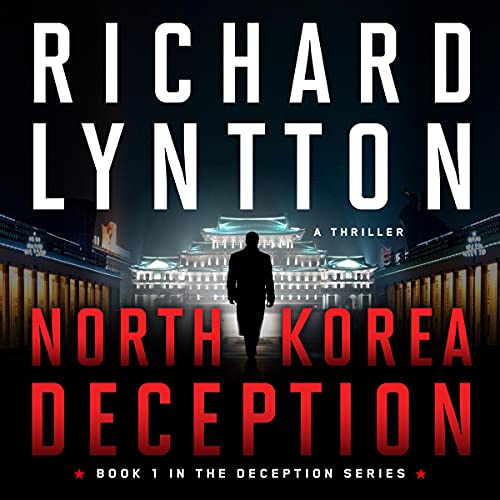 An unimaginable nuclear disaster. Thousands of lives at stake. One man can prevent it...as a global conspiracy plots his assassination. Buckle up now for this gripping, action-packed thriller of international intrigue, espionage, suspense, and deceit....

Can a reporter who hates corruption stay true to himself when lives are on the line?

Is he being set up?

Jack Steele survived the first Gulf War, Bosnia, and his time as a UN Peacekeeper. As a captain and tank commander, he saw the dark side of war. Skilled in language, he speaks Russian, German, French, and Bosnian. That’s why they sent him.

Two UN Officials have gone missing. They were last seen in the Tumen Triangle.

A 324-mile river that borders Russia, China, and North Korea, it’s a place few Westerners have heard of or understand. It would be a prize-winning story if he could crack it. Sometimes fate puts a person where they need to be - and then he saw the child fall beneath the ice.

When Steele rescued the boy, it was the first domino to fall.

Would it lead to North Korea launching a nuclear missile and taking the lives of thousands of innocent citizens?

You’ll love this high octane, adrenaline rush of an international action thriller with twists, turns, an impossible romance, and excruciating choices: Jack Steele must risk his marriage, his job and his loyalty to Queen and country - if he survives. How will the puzzle fit together?

Think Ludlum and Forsythe. Don't miss this one!

This is a true international thriller - the story weaves from London to Moscow to Vladivostok to Pyongyang and it's a thrilling ride! I always love to hear the narrator narrate. LYNTTON does a great job (you would hope and expect) but what I love most is his (the narrator) ability to give us all the different characters and languages - English, American, Russian and Korean. Definitely don't miss this one!

Really enjoyed this story! Its good storytelling winds through international intrigue, and the author / narrator not only speaks an easy-to-listen to British accent, but also perfectly fluent in Russian.
Sample it and see!

Not only is Lyntton’s debut novel an action-packed thriller filled with plot twists and turns, but his characters are not easily classified as singularly good or evil. Were main character Jack Steele’s motives altruistic or was he seeking the glory of grabbing international headlines with his story. And what about Natasha? She kept me guessing throughout the entire plot.
So many surprises with the "turn of a page", and much attention to detail in the character’s actions and descriptions of the many international settings. Can’t wait to read the next one.

You will not be disappointed!


As I am reading the book I thought I would listen along too and purchased the audiobook. Truly memorable action-packed political thriller
from London to Moscow to Vladivostok. I love how the author takes us to places I have never visited. You will not be disappointed. I am looking forward to Book 2 in this series.

It is rare to find an author who can successfully narrate his own book. I was wary but
Lyntton comes up with the goods - his accents are credible and even speaks fluent Russian in some passages to boot.
Enjoyed the British accent.

The story seems typical enough - a nuclear facility at risk of exploding to kingdom come. But this thriller is so much more.
Lyntton weaves a tangled web full of intrigue and excitement across the globe. American, British, Russian, and North Korean
characters are alive and well and you feel as though you might just bump into them one day! Definitely one to add to your library if you enjoy this genre.