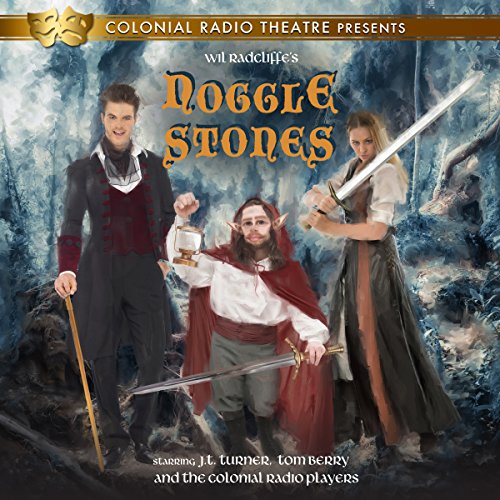 The mad goblin scholar Bugbear and his gambler cousin Tudmire come into possession of a most peculiar scroll. It is through this scroll that the mystical world of Annwfn and the world of 19th-century humanity are suddenly and inadvertently thrust together. Allying themselves with the awkward human stage magician Martin Manchester and the fierce warrior woman Maga, Bugbear and Tudmire must rally the frightened folk of the small town of Willow Prairie against the gathering evil... an evil that has been awakened by the scroll... an evil that hungers for revenge!

The award-winning Colonial Radio Theatre on the Air brings Wil Radcliffe's popular audiobook series to life in this full cast production that includes thousands of sound effects, a full orchestral score, and wonderful performances by the Colonial Radio Players.

And The Colonial Radio Players

What listeners say about Noggle Stones