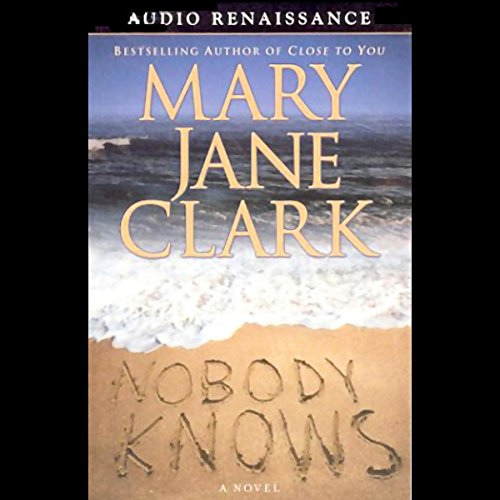 By: Mary Jane Clark
Narrated by: Fran Tunno
Try for $0.00

Cassie Sheridan, KEY News justice correspondent, has all a television news reporter could want: talent, ambition, an important beat in Washington D.C., and a skyrocketing career. But then, she makes a critical mistake.

Suddenly, her career is in shambles, her credibility is questioned, and her teenage daughter makes her realize just how much time she hasn't spent with her. Cassie is transferred to Miami to wait out the end of her contract - separated from her family, her friends, and Washington. But in an unsuspecting South Florida town, a killer is watching...and waiting.

While covering a hurricane that's moving up the Florida west coast, Cassie meets eleven-year-old Vincent, who has just made a grisly discovery on the beach. Cassie traces the connection between Vincent's "treasure" and a secret operation in the dark shadows of sunny Sarasota - a story that has national significance and maybe, just maybe, will win back her reputation.

"Smooth is the word for this expert thriller.... This is an excellent psychological thriller that will keep the readers pleasantly bound to the page. Clark delivers the goods." (Publishers Weekly)

What listeners say about Nobody Knows

This is a good story but the writing is amatuerysh. Cliches bump into malaprops in a narrative that became painful for the narrator. Despite its shortcomings, its an okay listen.

Not as good as others by this autnor

Sadly lacking compared to the rest of the KEY News books. Lacking in both plot and character development. It was a sad waste of time.

If you could sum up Nobody Knows in three words, what would they be?

Up, down, and back again

So many twists and turns, you really couldn't tell "who dunnit" till it was almost over.

Fran did an outstanding job with the characters, good story telling.

I thought about Vincent and the things that were happening to him and how everything was winding up...just made me cringe

Uninteresting characters with a boringly told plot. The hurricaine which might have made things a little interesting plays virtually no role. I agree with the first reviewer that the writing does not appeal.