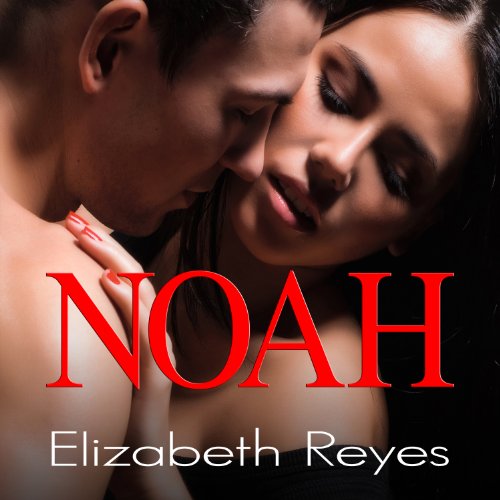 Veronica Cruz has been through hell and back. After disconnecting with the world two years ago to be at the side of her dying mother, she's left alone, unemployed, overweight, and feeling a decade older than her 28 years. When her best friend coaxes her into joining the local gym to ditch her depression and rejuvenate her life, she meets Noah. Assigned to help Veronica lose weight, Noah is everything she expected a young trainer to be - perfectly chiseled, supportive, and motivating. Add to that, he's incredibly sexy. He's everything she's ever looked for in a man. What she least expected was for him to fall for her, but he has. There's just one glaring problem: Noah is eight years younger.

Noah Quintanilla has his eye on a boxing title - someday. Down for a few months with an injury, his maintenance boy pay at 5th Street Gym won't cut it. He's finally given the opportunity to train. The catch? His trainee is an out-of-shape woman with a free week pass. Taking on the challenge, Noah stumbles into one of the closest friendships he's ever known, and before he knows it, he's in love. But Veronica's not having it - the age difference is too much. Their platonic relationship means having to watch her date other men - something that would make him crazy. Believing he's the man for her, Noah sets out to prove that age is but an illusion and that there's more to him than just a number.

This has so many great great qualities. The only thing I really didn't like was the lack of smexing. It is supposed to be a romance novel... where was the romance... These two great characters just revolved around each other for so long... that the only smex scene between them was the very very very last chapter! I mean like the like 7 sentences.! I was sooo p.o. The angst was so so... No heart pounding moments. You already know these two will hook up... it is sooo obvious, especially when he moves into her house...but come on... NO smexing at all. Well Noah did...once...just not with the MF character. Frustrated.

Credit because of lack of smexing... you really think you are gonna get hot smex scenes but no...

What did you love best about Noah: 5th Street, Book 1?

I love how the friends in the story stick by each no matter what. That is how friends and family should be, devoted.

What other book might you compare Noah: 5th Street, Book 1 to and why?

I have read a my fair share of books and can't remember of one that compares. This is a refreshing story since I haven't read one similar.

I felt like a friend was telling me a story about something that happened to someone she knows.

This is good read. I like that this is a refreshing story, different. There is a lot of drama. This is for drama junkies. Happy reading!

The characters are great although a little oblivious and frustratingly dense. There’s no plot here, just two people circling each other. I hoped as the book went on it’d get better but nothing.

The narrator was terrible. The story was long but okay. Felt like a waste of time.

I just couldn't get into it, how this is in the romance classification i will never know - hard pass

Started out great but then...

The book started out great. Fun story with great characters who you could relate too but then it was just a bunch or do I or don't I. Ug just pick already. She spends over half the book going yes I want to be with him to no I don't. All her worries could have been alleviated if she would have just TALKED to him about what she was feeling/thinking.****spoilers**** it took a huge fight (where she knew she was in the wrong) in the last chaperter for her to finally get her mind made up.

I enjoyed this story. The storyline was interesting, and the narration was well done. I enjoyed the romance and the friendships.

While the writing is fairly... juvenile and prudish, especially when it comes to any descriptions of physical romance, I’ve read this before and enjoyed it enough to remember it as something I would enjoy. Saw it on audible and thought I’d enjoy it again, but nope. Coleen Marlo does an amazing job at men’s dialogue, but everything else is terrible. Every woman sounds like a snivelling whiny teen with a fake accent that reminds me of Moira from Shitt’s Creek. The main character was so incredibly unappealing in Marlo’s voice that I honestly now cannot remember how I ever enjoyed this story previously.

Loved this book so much, I have read it multiple times. Now have the audio. The reader's voice is not my favorite, but she does a good job. I will probably listen again some day.

Wonderful story about an unusual couple

Veronica withdrew from her life to be with her dying mother. Her best friend talks her into joining a gym to get back in shape. Handsome Noah finally gets his chance to be a trainer, and is assigned the two friends. Veronica is 36 pounds overweight and in terrible shape. Noah gently and carefully helps her to lose weight and get into shape. They are very attracted to each other but he is much younger than she is. Noah is intent on a relationship but Veronica is hesitant. Smoothing out their differences and problems make a good story. Love the writing and supporting characters.

Can a relationship work between a 20 year old man and a 28 year old woman??? Listen to this to find out!!! The twists and turns of a fab story that keeps on the edge of your seat!!!

i've taken to listening to audiobooks while cross stitching (i know, lame, and i'm only 16) the reading was ok, i'm still not used to listening to books instead of reading so the fact that the male voices are performed by female narrators is still kinda weird (turns me off sometimes too) anyways, the story was ok, nothing overly spectacular but also not horrible, good background noise.