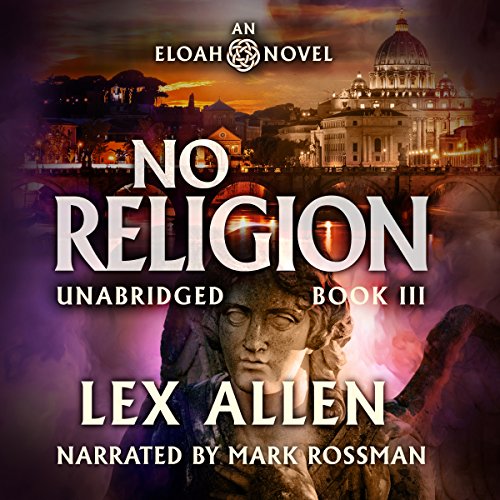 A spectacular global holograph captures the world’s attention,
as supernatural beings engage in conclusive battle.
The fate of the world lies in the balance.

The being known as Alpha distributes fear and hate, his only ambition to destroy all that’s good in the universe. And now he has support from another like him.

While Eloah delivers the truth of our evolution in a fantastic display of technological power, the evil beings plan their attack on Eloah and his followers.

The pope delivers a message to millions of expectant followers, one that will shock the world and change the course and charter of the Catholic Church, and likely all religions.

While the people of the world are drawn to the spectacle in the sky, they remain unaware of the battle between good and evil raging on a faraway mountaintop. The outcome of this battle will determine the future of our reality...and perhaps the entire universe.

Evolved Publishing presents the third thrilling and intriguing installment in the Eloah series of religious conspiracy thrillers. Journey on a new discovery of the historicity of Jesus.

What listeners say about No Religion

This book to me was the ultimate challenge, I was interested then I wasn’t then something new will happen in the story something exciting. You should read this it will broaden your mind or make you crazy either way it is a work of art. I look forward to the next book.

I have enjoyed all three books in this series.

What if these stories were more true then what mankind has been told ?

Please have an open mind and you will really enjoy these books.