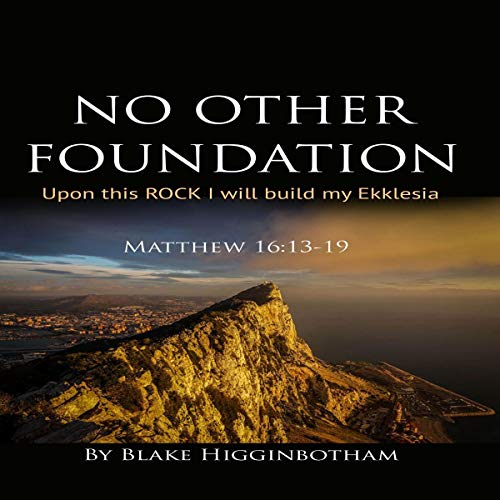 By: Blake Higginbotham
Narrated by: Larry D. Peterson
Try for $0.00

After almost five decades of service to the King and His Domain, I have concluded that the institutionally controlled religious system has hijacked most of Christendom. The “religion of Christianity” has been established on a multi-layered foundation with a construct incapable of fulfilling the greater Kingdom purpose of Yahweh. The reality of foundation separation and structural damage has reached a critical mass that could result in catastrophic failure and implosion.

What I am presently seeing and hearing is the reality of a faulty foundation and the absence of Holy Spirit which has resulted in men building something that is both unstable, insecure, and unsustainable.

“Without transformation and conformation, there will be no reformation.”

If the foundations are destroyed, What can the righteous do?" (Psalms 11:3 NASB)

What listeners say about No Other Foundation