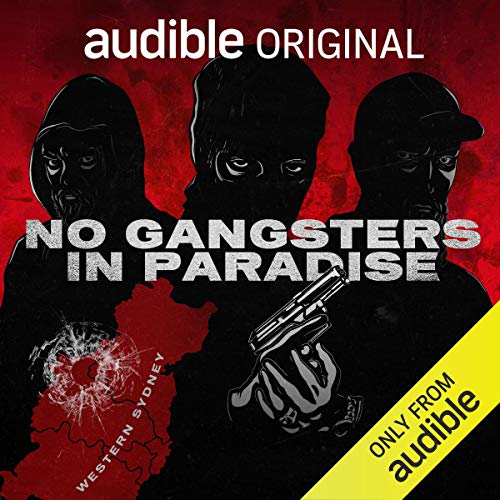 No Gangsters in Paradise

At the turn of the millennium, Western Sydney was a terrifying gangland. At the heart of the frenzy was the Darwiche-Razzak family conflict - a Romeo-and-Juliet style tragedy complicated by honour codes, politics and drive-by shootings. Journalist Mahmood Fazal draws on his own experiences as a gang member to tell the inside story of Sydney’s Lebanese gang wars, to pinpoint why young Muslims just like him commit their lives to violence.

Fazal delves into the city’s cultural divide, the special police task force that dealt with the conflict, and what life is really like behind bars. Tough questions emerge from the investigation: Why did these young people re-enact in Australia the experience of a Middle-Eastern war they never knew and which their parents hoped to leave behind? What role did prejudice play in the police’s response to the conflict? And how did Eddie Darwiche get his hands on 10 rocket launchers?

What listeners say about No Gangsters in Paradise

Let's start with the negative. Like many Audible Originals, the chapters are separated by a review of the main ideas of the book and what the next chapter will encompass. This is horribly repetitive and distracting. I wish Audible Originals would stop doing this.

The positives of this book are many. It introduces you to the gang life in Western Sydney by disaffected Lebanese Muslims. It is interesting to see how in many ways gang life is the same regardless of country. The book also does a good job of showing how Australian justice is not blind regarding Muslims. Albeit, not really a shock, but still depressing. Finally, the author introduces you to the players in the gang war, their thoughts, their beliefs, and how they attained them. This is the most interesting part of the book. You get to know the kids, understand how they ended up in the gang life, and what the gang life did to them. 4.5 stars