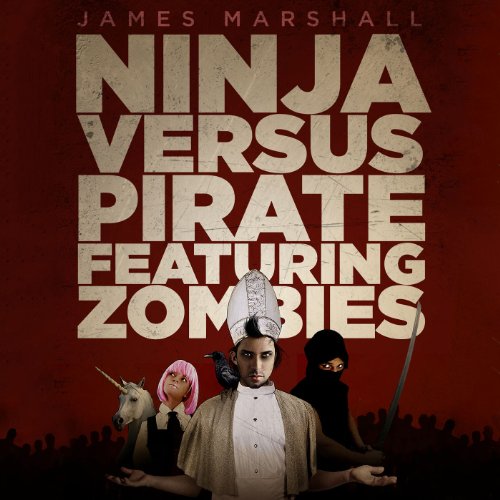 By: James Marshall
Narrated by: Frederic Basso
Free with a 30-day trial

In a world where ZOMBIES control banks and governments, only one young man sees the way things are and emerges from the CHAOS and destruction: GUY BOY MAN. While he tries to end human suffering worldwide and in his high school, Guy Boy Man meets a cute PINK-HAIRED girl named BABY DOLL15 who has a UNICORN that follows her everywhere.

An EPIC ROMANCE begins, but forces BEYOND THEIR CONTROL are intent on keeping the young couple apart. One of those FORCES may or may not be Guy Boy Man’s closest friend, a handsome African-American NINJA named SWEETIE HONEY; another could be four EXOTICALLY BEAUTIFUL, genetically engineered and behaviorally modified EASTERN EUROPEAN girls; yet another, the principal of their HIGH SCHOOL... not to mention an impending standardized test known as the ZOMBIE ACCEPTANCE TEST!

Will Guy Boy Man find a way to be with Baby Doll15 in a WORLD WHERE EVERYONE IS DOOMED to become either zombies or zombie food??!!Ninja Versus Pirate Featuring Zombies is part Napoleon Dynamite, part The Matrix, and ALL AWESOME. It’s the first book in the How to End Human Suffering series.

What listeners say about Ninja Versus Pirate Featuring Zombies

What an odd book.

Would you listen to Ninja Versus Pirate Featuring Zombies again? Why?

I wouldn't listen to this again. It wasn't a horrible book. It certainly had it's funny moments. The issue I have is that most of the humor is immature. It was funny once, but I think another listen would have me changing to another title before long.

One reviewer on Amazon compared this book to South Park. This book is full of crude jokes, is at times racist and discriminatory, and tries hard to offend pretty much everyone at some point. If you enjoy South Park, you'd probably like this book.