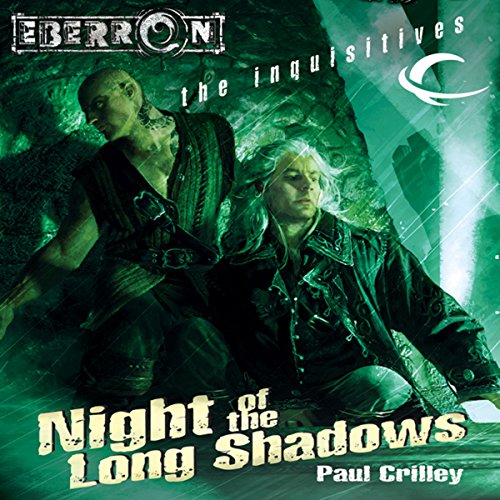 Night of the Long Shadows

By: Paul Crilley
Narrated by: Steve West
Try for $0.00

Explore the dark under-belly of Khorvaire with Eberron's version of the private detective - The Inquisitives!

Nights of the Long Shadow: the three nights of the year when the darkest powers of the world gain strength and rise to prey upon the unwary. When one of Sharn's most famed Inquisitives is hired to investigate a brutal murder at Morgrave University, his brilliance may be his damnation, as he uncovers a trail of blood leading from the deediest neighborhoods of the City of Towers to the highest reaches of power.

What listeners say about Night of the Long Shadows

This was the author’s first novel and it shows. I fully appreciate the achievement of completing a novel and the commitment required. It just fell short in so many ways. None of the characters were particularly likeable. And there was an awful lot of “it was the worst - fill in the blank - of his life.” Telling rather than showing. There were several superfluous aspects to the plot, that just felt like they were there to pad it out to novel length.