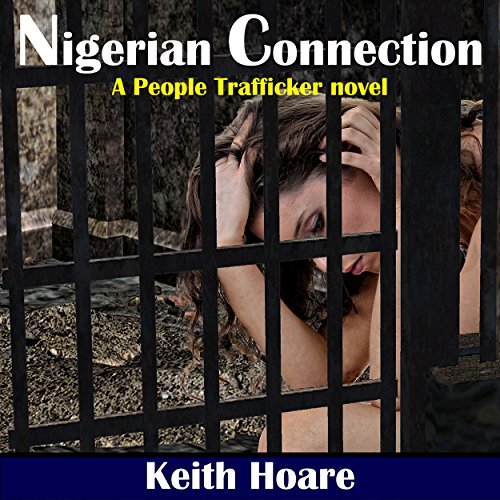 By: Keith Hoare
Narrated by: Gaynor M Kelly
Try for $0.00

For the criminal cartels, the use of more sophisticated drug detection equipment by law enforcement agencies, is making its mark. Their losses are so high that many have now turned to people trafficking to supplement their income. Lieutenant Colonel Karen Harris, commander of Unit T, formed to combat people trafficking, is struggling to contain the situation. This is brought to a head, following an operation in London, which goes disastrously wrong, resulting in the traffickers escaping to a country outside Unit T's area of operations. Karen is determined to bring the traffickers to justice, follows them with a badly conceived covert operation, resulting in the traffickers taking her. Now she is about to learn a very harsh lesson, which not only affects her personally, but the people around her.

What listeners say about Nigerian Connection

It's an endurance contest--both because of length,but also because of the nature of the topic-- tough stuff, with a less-than-satisfying ending. Cudoes to the narrator for sticking with it so well. A flaw: the American characters needed American slang to speak, not British slang. This book will open your eyes to a dark side of life you can't imagine.This