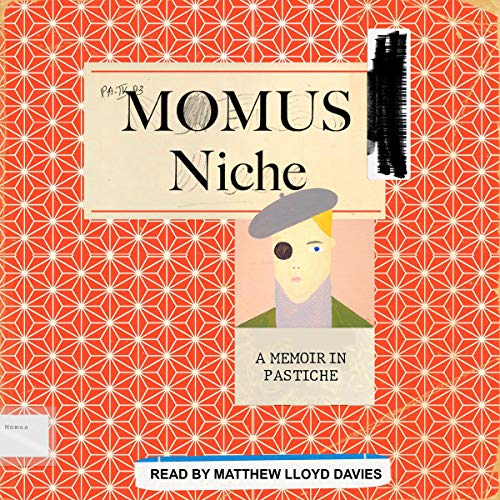 By: Momus
Narrated by: Matthew Lloyd Davies
Try for $0.00

Nick Currie, otherwise known as Momus - named for the ancient Greek god of mockery, and described by The Guardian as "the David Bowie of the art-pop underground" - has recorded more than 30 albums, published half a dozen works of speculative fiction, and written articles for The New York Times, Wired, Artforum, Frieze, and The Wire. An unknown band called Pulp once asked him to produce their next album. (He said no.) An unknown band called Of Montreal once invited him to go on tour with them. (He said no.) He's collaborated with his fans Vampire Weekend and with the Magnetic Fields' Stephin Merritt. He's had an impression of his penis preserved by the notorious Cynthia Plaster Caster. Maybe you've heard of him. Probably you haven't. This is his story. Or, rather, stories.

Because Niche isn't any old showbiz memoir. Rather than writing a single sincere, avuncular tell-all in his own voice, Momus has structured the narrative of his life as a typically atypical mockery of the rock-biography oral history. Instead of using living witnesses, Momus assumes the voices of 217 dead authors and artists and forces them to speak for and about him. From these dramatic monologues - sometimes unreliable, often comical - a picture gradually emerges of one eccentric star's life across three continents and in his own remarkable niche.

What listeners say about Niche