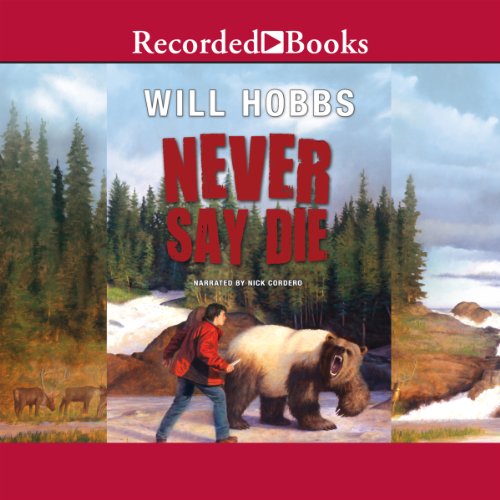 By: Will Hobbs
Narrated by: Nick Cordero
Try for $0.00

Will Hobbs’ adventure novels set in the great outdoors have garnered a slew of awards, including numerous selections as ALA Best Books for Young Adults.

In Never Say Die, 15-year-old Inuit hunter Nick Thrasher takes a trip downriver with his half-brother Ryan, who’s visiting Canada’s Arctic to photograph the caribou migration. But when disaster strikes, Nick is forced to survive alone in a landscape filled with dangerous predators. Most of all, he fears the terrifying “grolar bear”, the half-grizzly, half-polar-bear hybrid that isn’t supposed to exist - except Nick has seen it with his own eyes.