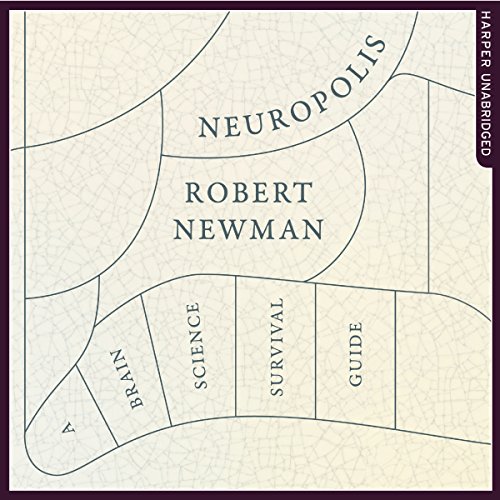 After volunteering for a brain-imaging experiment meant to locate the part of the brain that lights up when you're in love, comedian Rob Newman emerged with more questions than answers. Can brain scans read our minds? Are we our brains? How can you map the mind?

He argues that the dehumanising claims of most current neuroscientific findings derive not from science but from a combination of philosophical blunders and a version of evolutionary biology that owes little to Darwin. He questions why brain science books are devoted to such a peculiarly pessimistic worldview when really exciting advances in neuroscience go untold, such as awe-inspiring discoveries about the origins of memory in ancient oceans.

Newman offers up fascinating examples showing that our brains are inextricably and profoundly intertwined with our bodies, the natural world and the world we have made, including hilarious accounts of his own participation in neurological experiments. Debunking common, even brainless interpretations of brain science, he celebrates the more intriguing and underreported advances in neuroscience in his signature nonconformist, charming and witty voice.

Praise for Rob Newman:
"Dissing bad science, capitalists and Brian Cox, Newman's low-octane cabinet of neuroscientific curiosities has nonconformist bite." ( The Guardian)
"A fascinating and highly original book, the sort you pick up idly and then discover that two hours have gone by." ( The Spectator)
"Newman combines proper scientific argument with dazzling shafts of wit." ( The Times)
"Scalpel-sharp analysis...very funny." ( The Psychologist)
"Hilarious...delightfully eccentric...skilfully done." ( Nature)
"He is one amazing comedian." ( Time Out)

What listeners say about Neuropolis: A Brain Science Survival Guide

Newman demonstrates a (deliberate?) misunderstanding of evolutionary biology, neuroscience, psychology, artificial intelligence, logic, software engineering and science itself as he cherry picks supporting evidence and applies argument ad absurd, confirmation bias and false dichotomy to, in his mind, debunk Swaab, Eagleman, Dawkins, Hawking, Pavlov and more. He doesn't offer anything more substantial than a metaphorical "I reckon it's like this". Most of his arguments appear to be ground in unrecognised ignorance, the rest in dogma.
This would be easier to stomach if he was funny. His TV and stand up performances have been brilliantly clever and frequently hilarious. This book is neither.

helps if you get his humour

I can imagine people coming to this being bewildered, it's funny but Newman funny. Not rolling about the floor funny but very dry, sometimes fanciful.

better to read than listen to

Unfortunately, Newman's voice sends me to sleep. The content is very entertaining but I ended up returning this and buying the paperback.