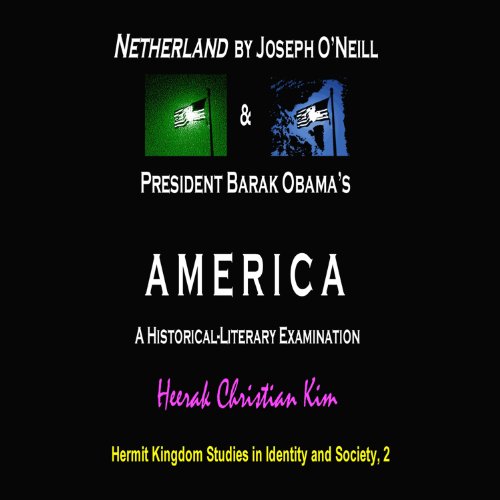 By: Heerak Christian Kim
Narrated by: Luke Truan
Free with a 30-day trial

Joseph O'Neill's novel, Netherland, has won many prestigious awards and recognitions, including the PEN/Faulker Award and The New York Times Book Review's "Best Book of the Year."

Dr. Heerak Christian Kim, who has identified the literary device of "The Key Signifier," analyzes Joseph's O'Neill's book, Netherland, with the view to understanding the current irregularities in U.S. domestic politics as well as the general zeitgeist of the American people.

There is no question that the first decade of the 21st century has been the most "odd" decade of American history in terms of politics. The anti-Washington sentiment that is sweeping the nation from the agricultural heartland of America and the labor-centric cities of America, such as Boston, is creating unprecedented questioning of what makes America what it is and the values that motivate the American people.

Professor Kim's important historical-literary criticism audiobook on Joseph O'Neill's novel, Netherland, provides valuable insights into understanding the current trends in American society. This book is a valuable resource for not only literary critics and English teachers, but also for the educated public interested in understanding current trends in American society and politics.

Dr. Heerak Christian Kim is the author of the scholarly monograph, Key Signifier as Literary Device: Its Definition and Function in Literature and Media.