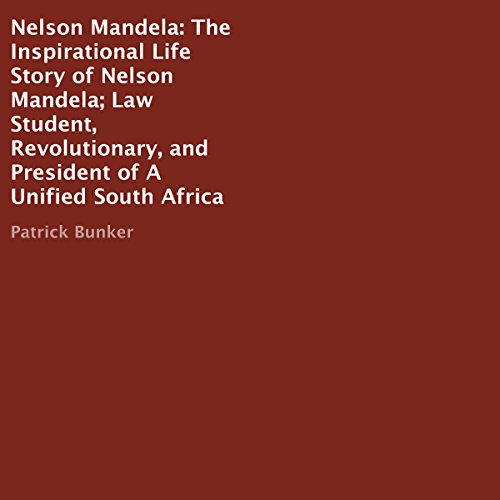 By: Patrick Bunker
Narrated by: Kay Webster
Try for $0.00

This book takes a look at Nelson Mandela's inspirational life journey. You will learn about Mandela's life, opinions, accomplishments, and much more. You will learn the whole story, starting with Mandela's childhood and ending with his death. This great leader's search for justice was very difficult, but he managed to learn important life lessons through his struggle. Nelson was a very well-educated man and he took a particular interest in law and politics. He had experienced both wealth and poverty in his early life, and he always managed to connect with the people around him regardless of the circumstances. Mandela discovered a cause worth fighting for and he had every intention to do so without breaking the law. It did not take long for Mandela to discover that he was not making any progress through legal actions and he reached a point where he felt the only option he had left was to break the law. Nelson Mandela became a revolutionary in his own country. He organized people from all over Africa to help him overthrow the South African government.

What listeners say about Nelson Mandela: The Inspirational Life Story