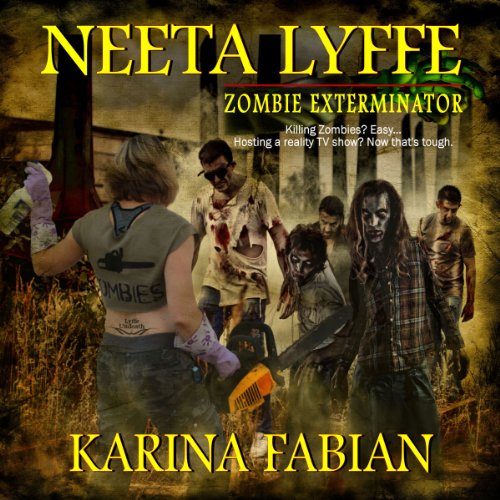 By: Karina Fabian
Narrated by: Becky Parker
Try for $0.00

By the 2040s, the shambling dead have become an international problem. While governments and special interest groups vie for the most environmentally friendly way to rid the world of zombies, a new breed of exterminator has risen: The Zombie Exterminator.

When zombie exterminator Neeta Lyffe gets sued because a zombie she set afire stumbles onto a lawyer's back porch, she needs money, fast. So she agrees to train apprentice exterminators in a reality TV show that makes Survivor look like a game of tag. But that's nothing compared to having to deal with crazy directors, bickering contestants, and paparazzi. Can she keep her ratings up, her bills paid, and her apprentices alive and still keep her sanity?