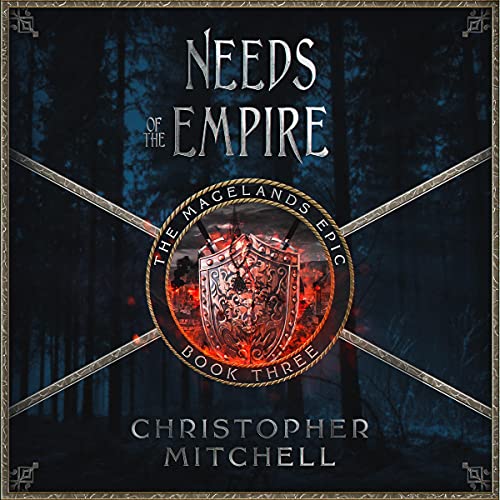 Needs of the Empire

By: Christopher Mitchell
Narrated by: Cad Delworth
Try for $0.00

Branded an enemy by the Church and emperor, Daphne Holdfast is forced to flee the Imperial City with her young daughter Karalyn, whose own mage powers are now beginning to reveal themselves. They intend to travel to Rahain, a land in turmoil following the devastating invasion and occupation by Alliance forces.

With Holdings missionaries converting the newly freed Rahain masses, and the overthrown aristocrats fomenting rebellion against the new regime, Daphne and her infant daughter must undertake a perilous journey to find the safe haven of Slateford, ruled by Karalyn’s father, Killop of the Kellach Brigdomin.

All Daphne desires is to settle down with her family, but as one of the most powerful mages alive, what if the world won’t let her? What if the world has other plans for Daphne?

What listeners say about Needs of the Empire