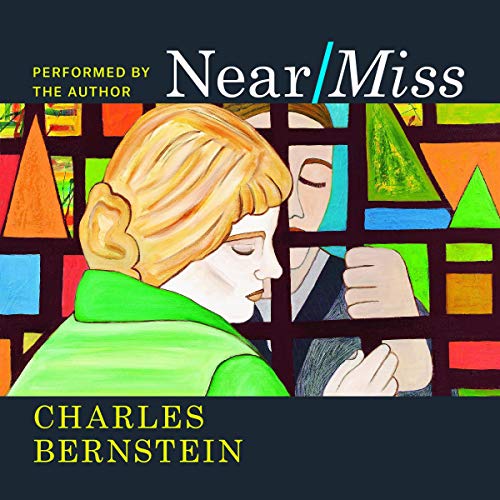 Praised in recent years as a “calculating, improvisatory, essential poet” by Daisy Fried in The New York Times, and as “the foremost poet-critic of our time” by Craig Dworkin, Charles Bernstein is a leading voice in American poetry. Near/Miss, Bernstein’s first poetry collection in five years, is the apotheosis of his late style, thick with off-center rhythms, hilarious riffs, and verbal extravagance.

This collection’s title highlights poetry’s ability to graze reality without killing it, and at the same time, implies that the poems themselves are wounded by the grief of loss. Performed by the poet, the book opens with a rollicking satire of difficult poetry - proudly declaring itself “a totally inaccessible poem” - and moves on to the stuff of contrarian pop culture and political cynicism - full of malaprops, mondegreens, nonsequiturs, translations of translations, sardonically vandalized signs, and a hilarious yet sinister feed of blog comments. At the same time, political protest also rubs up against epic collage, through poems exploring the unexpected intimacies and continuities of “our united fates”. These poems engage with works by contemporary painters - including Amy Sillman, Rackstraw Downes, and Etel Adnan - and echo translations of poets ranging from Catullus and Virgil to Goethe, Cruz e Souza, and Kandinsky.

Grounded in a politics of multiplicity and dissent and replete with both sharp edges and subtle intimacies, Near/Miss is full of close encounters of every kind.

"The term for two words in different languages that appear the same but have completely disparate meanings is a ‘false friend’. Flip to any page in Charles Bernstein’s mercilessly brilliant, no-holds-barred new collection, and you will encounter a friend you thought you knew, but this phrase, quotation, proverb, equation, cameo, bit of received language will have been evacuated and filled again by the poet’s constructions and reorientations. Bernstein puts words and their groupings, associations, and connotations ‘through the wringer’, submitting them to a kind of durability test, so that when we emerge from the theater of one of his poems, rubbing our eyes to adjust to the light, our ossified relationship to the language we use has been pleasantly, productively obliterated. In the genius of Bernstein, a word is a whirl is a world." (Claudia Rankine, author of Citizen: An American Lyric)

"'Nothing can be truly interesting except the exhaustive,’ Thomas Mann wrote a long time ago. Many of these poems suggest a return to that spirit, in a poetry of wit, ideas, and exploration, with both ease and elegance. These are poems you want to put down and pick up again. And when you do, you find something you hadn’t seen last time. It’s a book I’m glad to have. You’ll be glad you have it, too.” (Samuel R. Delany, author of Times Square Red, Times Square Blue)

What listeners say about Near/Miss