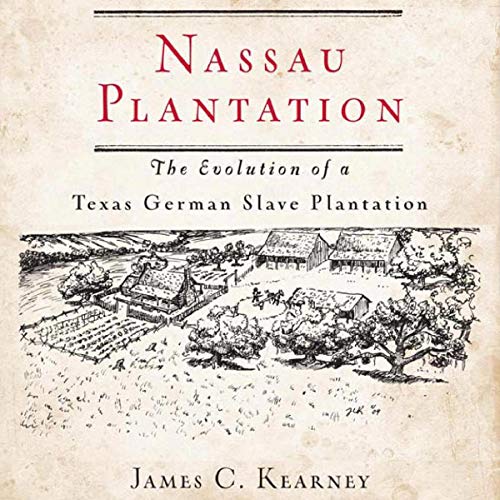 In the 1840s, an organization of German noblemen, the Mainzner Adelsverein, attempted to settle thousands of German emigrants on the Texas frontier. Nassau Plantation, located near modern-day Round Top, Texas, in Northern Fayette County, was a significant part of this story. No one, however, has adequately documented the role of the slave plantation or given a convincing explanation of the Adelsverein from the German point of view.

James C. Kearney has studied a wealth of original source material (much of it in German) to illuminate the history of the plantation and the larger goals and motivation of the Adelsverein, both in Texas and in Germany. Moreover, this new study highlights the problematic relationship of German emigrants to slavery. Few today realize that the society’s original colonization plan included ownership and operation of slave plantations. Ironically, the German settlements the society later established became hotbeds of anti-slavery and anti-secessionist sentiment.

Responding to criticism in Germany, the society declared its colonies to be "slave free zones" in 1845. This act thrust the society front and center into the complicated political landscape of Texas prior to annexation.

"It will become the standard reference on this topic." (Wolfram M. Von-Maszewski, editor of Voyage to North America 1844-45)

"This will be a valuable reference work." (Walter Buenger, author of Secession and the Union in Texas)

What listeners say about Nassau Plantation