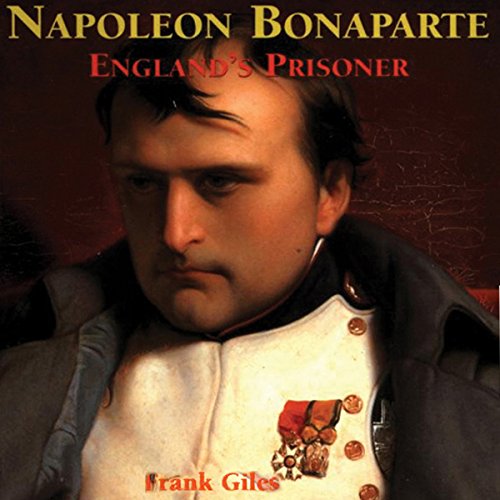 After his surrender to the Royal Navy, Napoleon became the object of massive English public interest. He would live out his last years on the island of St. Helena without ever admitting to being a prisoner. This close study of Napoleon in captivity attempts to reconstruct an authentic portrait of the fallen emperor by examining contemporary documents and records of public opinion. Napoleon worked hard to obfuscate his history of tyranny with a legend elevating him as the architect of a federation of free European peoples, thwarted by reactionary monarchs and British envy. Many English citizens collaborated in this legend, and joined in the condemnation of Napoleon's jailer and guardian, Sir Hudson Lowe. Frank Giles takes a fresh, balanced look at both Lowe and Napoleon, condemned to each other on an island for six years.

“Readers will find Giles's descriptions of Napoleon in exile—no longer battling Wellington over countries, but battling Lowe over the protocols of dinner invitations and his right to be called emperor—are poignant and pathetic….Giles is a straightforward writer and a diligent researcher.” ( Publishers Weekly)
“What emerges most clearly from Giles's investigation is the fascinating variety of contradictory opinions about Napoleon….Recommended especially for academic libraries and public libraries with an interest in Napoleonic studies.” ( Library Journal)
“A judicious and well-researched contribution to this debate.” ( Sunday Telegraph)

What disappointed you about Napoleon Bonaparte?

I should have read the blurb better. This was NOT about Napolean conquering Europe. It was about what happened to him after he was captured and sent to St. Helena.

Would you ever listen to anything by Frank Giles again?

Would you listen to another book narrated by John Lee?