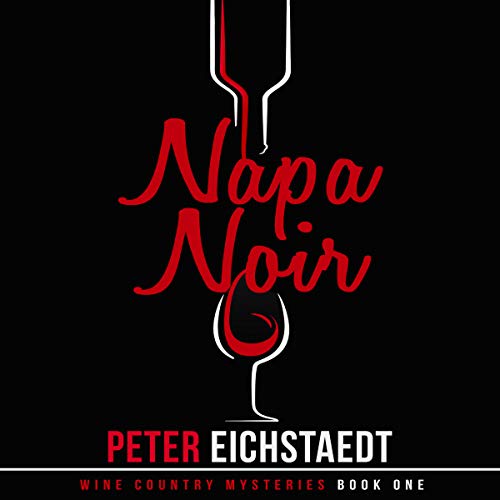 By: Peter Eichstaedt
Narrated by: JA Sterling
Free with a 30-day trial

One of the dead is the winery's top investor, a high-tech genius, who was shot and killed by the winery's owner, who in turn was gunned down by Napa County sheriff deputies.

At the murder scene, Dante encounters Carmen Carelli, the lawyer for the deceased investor and whose case files he rifles after sharing wine and other pleasures.

But when Carelli is shot and wounded jogging near her house in Sonoma, Dante knows something deeply sinister is fermenting in wine country.

Doggedly pursuing the story, Dante uncovers fraud, deceit, and a toxic scandal certain to shake the wine world and topple an international wine producer. But he must stay alive to publish the story.

What listeners say about Napa Noir

This book started out ok but the slow pace ruined it for me. The characters and plot were interesting, but, I couldn't force myself to finish listening. JA Sterling did not help. His narration was flat and did not make me want to finish this book. I finally gave up and skipped to the end for the resolution.