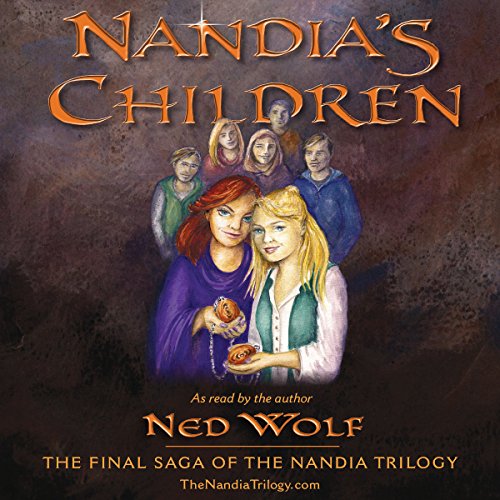 In this, the final tale of the Nandia trilogy, the Galactic Grand Council confirms that Nandia has gone missing. Bernard struggles within himself to gather enough information to even begin a search. He does learn that Praesepe, Nandia's home planet, has come under siege. The council summons Elli, immortal former queen of Aesir, and Dunstan, the magical troubadour of Geasa, to join Bernard on a mission to unravel the mystery.

They learn that an unknown disease on the planet Erylia has laid waste to the health of its adolescent youth. The planet, mired in despair over the end of its future generations, has undertaken a program to replace its ailing youth with healthy breeding stock from Praesepe. Nandia's home is now under siege, as an entire generation of young Praesepians is being kidnapped. Nandia's grandchild, Grace, is one of the many incarcerated on Praesepe, marked for deportation to give birth to future Erylian generations.

Not only are Erylians shielding telepathic communications, they are hunting Nandia. With the help of new allies, Bernard, Elli, and Dunstan must use all their resources to infiltrate the Erylian command structure and find a way to restore the fate of two societies on the verge of decimation - one desperate to recover its future as it steals the tomorrows of another.

What listeners say about Nandia's Children

The Dreamers, dream is alive in in this Utopian tale of love, adventure, and wistfully, wise, healing.
Fall in love with the profundity that
Ned Wolf weaves throughout the “Nandia Trilogy”. Feel the passion for life and wish you could know the love that Bernard and Nandia have found.
I do!