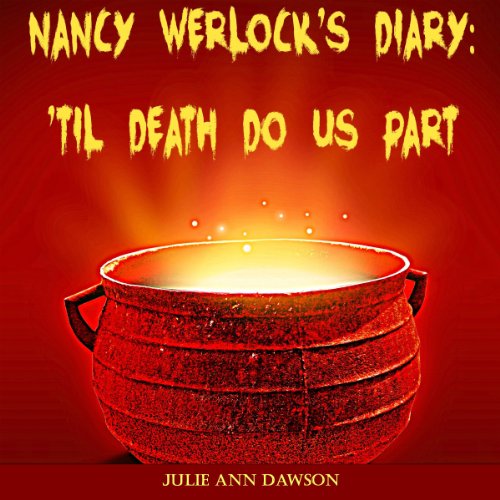 'Til Death Do Us Part
By: Julie Ann Dawson
Narrated by: Priscilla Finch
Length: 1 hr and 23 mins
Categories: Sci-Fi & Fantasy, Fantasy: Paranormal
4.5 out of 5 stars 4.3 (3 ratings)

Nancy Werlock didn't want to take over the family business. Unfortunately for her, fate - and a bunch of conniving spirits - have other plans. Now Nancy finds herself fumbling through exorcisms and sorting applications for a new apprentice. Because for Werlock women, the family business is demonology. And at the Three Wishes Boutique, the customer may not always be right, but he may possessed.

Something is killing Justicars, a lemure is still on the loose, and the Nine are still poking their noses into her business. But Nancy's biggest problem right now is making sure Houston doesn't embarrass her by failing his Rank Five Trials.

Lee the Lemure isn't exactly cooperating with Nancy's plans to capture and banish him. When he shows up at her shop asking to talk, Nancy realizes she may have stumbled across the first unbound demon that feeds its vice by being…nice?

Til Death Do Us Part

In a political gambit to counter the still mysterious plots of the Lord Advocate of the Eights of the Nine, Nancy agrees to apply for her Rank Two trials. Unfortunately, the trials involve performing a dangerous binding ritual she isn't sure she is ready for. More unfortunate, her apprentice has hatched a plot of his own to help her than might make the matter worse.