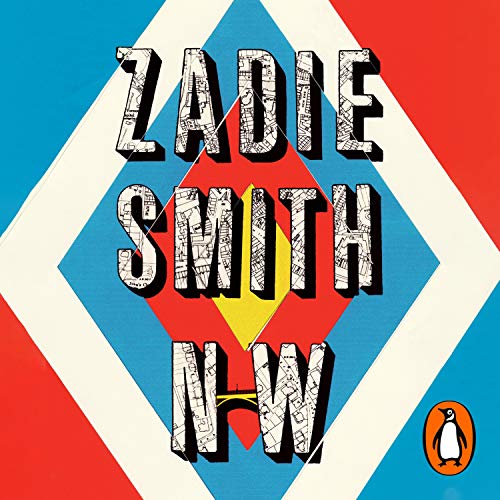 By: Zadie Smith
Narrated by: Karen Bryson,Don Gilet
Try for $0.00

The unabridged, downloadable audiobook edition of NW, Zadie Smith’s first novel since the best-selling On Beauty.

This is the story of a city. The north-west corner of a city. Here you’ll find guests and hosts, those with power and those without it, people who live somewhere special and others who live nowhere at all. And many people in between. Every city is like this. Cheek-by-jowl living. Separate worlds. And then there are the visitations: the rare times a stranger crosses a threshold without permission or warning, causing a disruption in the whole system.

Like the April afternoon a woman came to Leah Hanwell’s door, seeking help, disturbing the peace, forcing Leah out of her isolation....

Zadie Smith’s brilliant tragi-comic new novel follows four Londoners - Leah, Natalie, Felix, and Nathan - as they try to make adult lives outside of Caldwell, the council estate of their childhood. From private houses to public parks, at work and at play, their London is a complicated place, as beautiful as it is brutal, where the thoroughfares hide the back alleys and taking the high road can sometimes lead you to a dead end. Depicting the modern urban zone - familiar to town-dwellers everywhere - Zadie Smith’s NW is a quietly devastating novel of encounters, mercurial and vital, like the city itself.

“This is a book written by someone who really knows how to listen, and who truly understands what people are like, and what they might become. In a hundred years time, when readers want to understand what the English novel was capable of, and what English life truly felt like, they will look at NW, and warm to it.

….like all four of Smith's wonderful novels, it relies on what always makes a novel go: a humane love of and interest in men and women, overlooked and yet worth our deepest interest. It is a joyous, optimistic, angry masterpiece, and no better English novel will be published this year, or, probably, next.” (Philip Hensher The Telegraph)

"It's a funny, perceptive, look at the muddle of modern life." ( Shortlist)

What listeners say about NW

While a lot of the insight and small passages are quite good, with sharp writing and fine observations, the stories felt a bit long and never quite closed in on anything or resolved the three stories, two of which overlapped, one which was only minimally related.

Nothing, it just was not for me.

What could Zadie Smith have done to make this a more enjoyable book for you?

her other books have had more straight forward story lines.

My thinking about The performance was coloured by my lack of interest in the story.

If you could sum up NW in three words, what would they be?

Natalie was the most complex and well developed character.

What about Karen Bryson and Don Gilet ’s performance did you like?

They were both excellent at giving voice to the characters. It is a book about London and they perfected the accents.

Like White Teeth, this book could be seen as a portrait of London as much as anything. The ending is a bit of a letdown but it is still a great book, try it.

The stories are set in NW London where I live so I actually know all the places. All the characters sound familiar to me, they would actually fit into Kilburn and Willesden, not only because of there characters but also because of the narration.

Would you recommend NW to your friends? Why or why not?

I'd only recommend it to friends who live in NW London or those who have a personal connection to the area. Otherwise they'd have a hard time to follow the story as it's actually really confusing and often I couldn't figure out what it's all about.

What about Karen Bryson and Don Gilet ’s performance did you like?

No, but a book I wanted to get through in one 4-day holiday, which I did.

The book is split into different stories of individuals living in NW London, a pretty rough area of the capital. All of the stories are written in different styles and it's not always easy to follow as it takes a while to get used to a particular style. And then some of the stories are really confusing so I had a hard time to grasp what they were about.
All in all I'd say this book was an interesting experiment and it's definitely worth listening if you have a personal connection to NW London. The narrators have done a good job here, but I wouldn't recommend this book as I think it's too confusing.

Not quite her best

I love her work, but this is my least favourite. She does give a terrific portrait of life in a marginal London community - scarcely a community actually - that is psychologically and sociologically satisfying. Yet the plotting is poor and confusing. Questions remain unresolved at the end. She's tried to be too clever and oblique when her straight story-telling is peerless at its best.

What disappointed you about NW?

It was nothing like Zadie Smith's earlier novels, and I felt unengaged with the characters. I got fed up with her lists - long rambling "clever" (but unsuccessful) adjective-strewn attempts to set a scene or an atmosphere. Very bored after the first couple of hours.

Something more gripping, if not great literature (I like to listen to relatively undemanding books in the car whilst driving).

What does Karen Bryson and Don Gilet bring to the story that you wouldn’t experience if you had only read the book?

I liked Karen Bryson's narration, her accents were plausible. I didn't get very far with Don Gilet, but that wasn't due to his narration.

No doubt that this is a very good listen. I think that ZS is extremely talented. Again she exploits her home ground to great effect and the narration adds considerably to the experience. Personally, I think that the third story about the reformed addict detracted from the whole.

It's great to listen to descriptions of a place you live to reevaluate.

Zadie's descriptions were so in tune and the stories told were original.

If you love and understand London this is a great read.

Excellent Narration. I'm going to miss Listening to it.

Would you try another book written by Zadie Smith or narrated by Karen Bryson and Don Gilet ?

I have listened to the book for over a hour and don't get it??? I have no idea what is going on or what it is about or where its leading..??

What made the experience of listening to NW the most enjoyable?

Fabulous voices and accents made it so real. Very well read.

Which character – as performed by Karen Bryson and Don Gilet – was your favourite?

Leah seamed to change and grow with the story

The best audio book of the best book.

One of the great novels, by an actual writer, what can I say. Reminds me of James Baldwin's Another Country, the way it lives so absolutely and totally in the city it inhabits. The reading is just fantastic, absurdly on point. Keisha Blake is a throwback to one of those 19th century characters, London's own Anna Karenina.