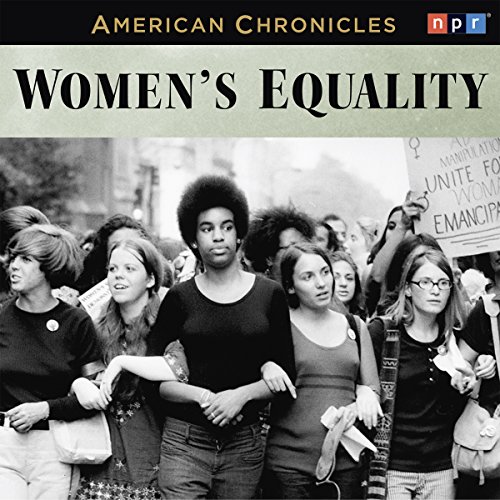 NPR explores the issues, struggles, and triumphs of the American women’s movement, from early pioneers to modern groundbreakers and leaders of today who fight to preserve hard-won rights. Profiles of Victoria Woodhull, Elizabeth Cady Stanton, and Susan B. Anthony provide insights into the origins of the movement, while reflections from Betty Friedan, Gloria Steinem, Bella Abzug, Geraldine Ferraro, and others reveal the passion and dedication required to maintain progress in the continuing struggle for women’s equality.

"NPR brings us the fascinating, and sometimes turbulent, history of the fight for women's equality in America. For history buffs, this documentary is a must-have. It's a fascinating look at some of the lesser-known names and figures from American history." ( Audiobook Heaven)
"A solid introduction to women's fight for equality; the narration is very moving throughout. Highly recommended for anyone interested in the women's rights struggle in U.S. history." ( Library Journal)
"Fascinating collection of NPR news stories..... Each piece is introduced and put into context by NPR journalist Susuan Stamberg, who adds a personal touch to the collection." ( AudioFile)