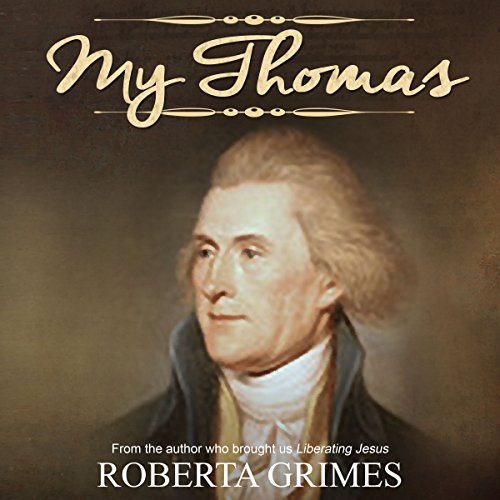 When Martha Skelton finds herself falling in love with a shy young burgess named Thomas Jefferson, it feels like an inconvenience. Widowed at 22, Martha has no desire to lose the independence she has gained in the wake of her husband's death. But she cannot deny her feelings indefinitely. Despite her intentions, her friendship with Thomas develops into an intense and all-consuming love.

History casts a shadow on Martha's newfound joy. Through her father's slave and mistress, Betty Hemings, she comes to understand the true nature of slavery, an institution she has always taken for granted. As Betty's revelations tear down the walls of her ignorance, Martha begins to work with her husband to end the despicable practice forever.

This story is true. Thomas Jefferson was such an obsessive record-keeper that we know what he was doing nearly every day of his adult life, and all the public things he is quoted as saying in My Thomas come from his contemporary writings. Martha's marriage to Thomas spanned the decade from 1772 to 1782, so it put her at the center of the audacious grab at freedom that was the American Revolution. Jefferson's writings suggest that if he had not been widowed, he would have retired from politics following the war and devoted himself to finding a way to end slavery that could have truly and forever healed the separations between the races. It is hard to hear Martha's story now and not think about what might have been.

What listeners say about My Thomas