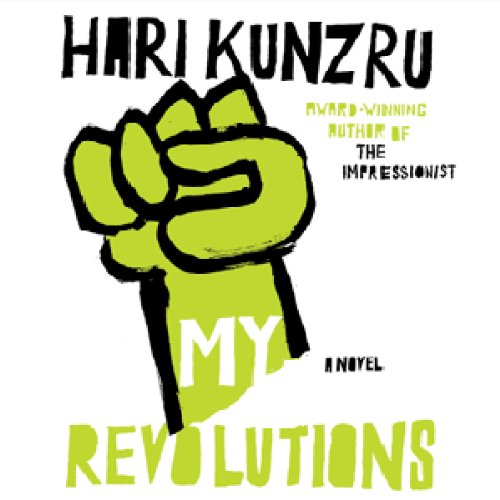 It's the day before Mike Frame's 50th birthday and his quiet provincial life is suddenly falling apart. But perhaps it doesn't matter, because it's not his life in the first place. He has a past that his partner Miranda and step-daughter Sam know nothing about, lived under another name amidst the turbulence of the revolutionary armed struggle of the 1970s. Now Mike is seeing ghosts: a dead ex-lover and an old friend who wants to reminisce.

Miranda, who once spoke about alternative lifestyles with the emphasis on alternative, rather than lifestyles, is reinventing herself as a thrusting '90s businesswoman. Mike can no longer ignore the contradiction between who he is and who he once was. Which side was he on back then? And which side is he on now?

Gripping, moving, provocative, and passionate, My Revolutions brings to brilliant life both the radical idealism of the post-'68 generation and the darker currents which ran beneath it, the eddies of which still shape our history today.

"A quick-witted, memorable book." (The Guardian)
"An urgent and passionate piece of work...fairly afire with an anger on behalf of the world's dispossessed and powerless that is so conspicuously absent from much cozy and collusive current fiction." (Sunday Telegraph)
"A sharp reminder, as sharp as tomorrow's headlines, of how the past will insist on haunting the present. Hari Kunzru writes a clear, clean, elegant prose, and his presentation of political realities is worryingly real." (John Banville, author of The Sea)

Hari Kunzru's first novel, The Impressionist, has been at the top of my list of favorite contemporary novels for several years now. Sadly, his next two ventures have not lived up to his first--although I do give him credit for trying something completely different with each new novel. In My Revolutions, a wanted 1970s radical, married to a woman who owns a burgeoning herbal cosmetics company, learns that his cover is about to be blown. Much of the book is a memoir of sorts as Michael/Chris mulls over his past and remembers his political cohorts, including the beautiful and enigmatic Anna. Far too much political ranting for my taste. Although I assume that Kunzru meant his readers to make some connections between then an now, I just got bored with all the windy diatribes about "pigs," "fascists," bombs, takeovers, etc. by whiny, self-centered, immature young people It was enough to make me wish they had all gotten blown up in their last fiasco.

I admire The Impressionist and Kunzru's style and humor enough that I still will look forward to his next novel, but this one was a big disappoinment.

I've always been fascinated with young revolutionaries who dare to challenge the system. The book captures the spirit of the times, and the participants zeal, well and sympathetically. However, after listening to screams of 'pigs', 'pigs', enough times, I found my thoughts drifting off. Except for few characters in the book, most are merely there like slogans.

Inside the mind of a revolutionary

A fascinating book, and the reader is excellent.