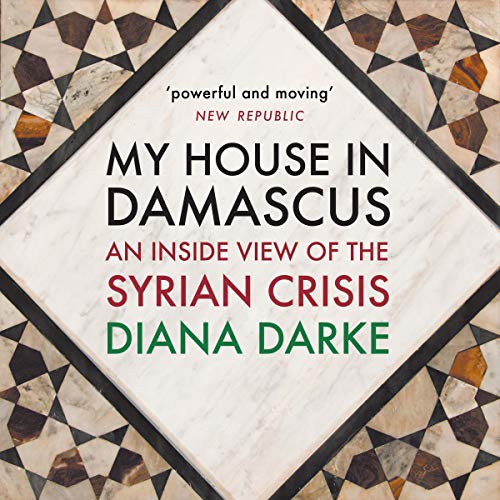 My House in Damascus

An Inside View of the Syrian Crisis
By: Diana Darke
Narrated by: Laura Rose
Length: 11 hrs and 18 mins
Categories: History, Middle East
4.5 out of 5 stars 4.6 (5 ratings)

My House in Damascus

How did Syria’s revolution reach its current boiling point? And what’s next? This updated edition of My House in Damascus offers an insider’s view on these questions and the darker recesses of Syria’s history, politics, and society.

Diana Darke, a fluent Arabic speaker who moved to Damascus in 2004 after decades of regular visits, details how the Assad regime, and its relationship to the people, differs from the regimes in Egypt, Tunisia, and Libya - and why it was thus always less likely to collapse quickly, even in the face of widespread unrest and violence. Through the author’s firsthand experiences of buying and restoring a house in the old city of Damascus, which she later offered as a sanctuary to friends, Darke presents a clear picture of the realities of life on the ground and what hope there is for Syria’s future.

Including additional material on topics like the advance of the Islamic State, as well as a new epilogue describing the current turmoil surrounding her house and the refugees she tried to help, this edition of My House in Damascus powerfully documents the human cost of the ongoing civil war.