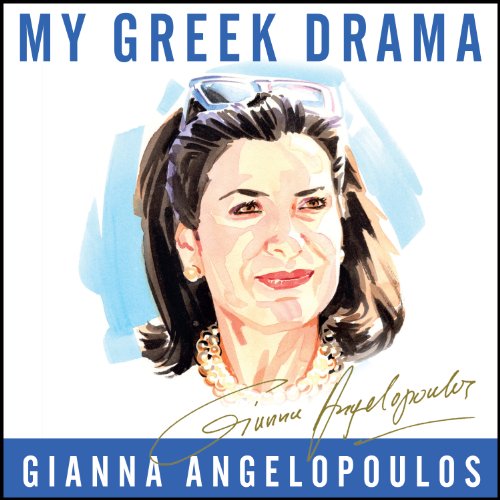 Life, Love, and One Woman's Olympic Effort to Bring Glory to Her Country
By: Gianna Angelopoulos
Narrated by: Wanda McCaddon
Length: 9 hrs and 24 mins
Categories: Biographies & Memoirs
4.5 out of 5 stars 4.6 (5 ratings)

Standing alone in the VIP box of the Olympic Games in 2004, Gianna Angelopoulos began to dance. The world had doubted Greece's ability to successfully stage this global event. She danced to celebrate the efforts of all Greeks-and her own-to host a phenomenally successful event, an effort that showed the world a new Greece, a Greece worthy of its illustrious heritage.

Little did she know that a few years later her country would abandon the lessons of the Olympics and become embroiled in a political and economic crisis that would devastate Greece and threaten the economic security of Europe.

In My Greek Drama,Gianna Angelopoulos - known in her home country simply as "Gianna" - has written a memoir that is as much about Greece's journey as her own. From her childhood in Crete, to law school in Thessaloniki, to Athens, where she overcame male-dominated legal and political cultures to help redefine public service in Greece, Giannaworked her way into becoming one of the most respected women in Greek public life.

Balancing motherhood, business, and a place in the upper echelons of world society, Gianna never lost her passion for public service and brought the 2004 Olympic Games back from the brink of catastrophe. Her life, her Cinderella love story, and her intensity of will are equally unforgettable. From stories of handing out basil seeds on the streets of Athens to courting the world on behalf of her country, My Greek Drama captures the burning ambition of the rebellious girl from the island of Crete who "lit" the Olympic torch.

Her story should help rekindle the spirit of the Greek people, and ofevery person who has ever struggled to change the world.

"From Crete to Athens and Zurich to London, Gianna Angelopoulos has made a career of turning ideas into action. In My Greek Drama, Gianna recounts her successes... and presents a useful guide for those who seek to transform lives, organizations, and even nations." (President Bill Clinton)

Great book to inspire those who are afraid of large-scale management tasks. Great overview of her life.