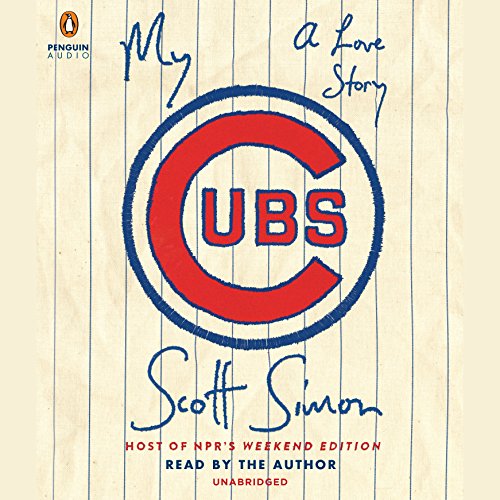 No metaphor is necessary; the Chicago Cubs have been the living example of disappointment and failure for more than a century - until now. The Cubs' 2016 World Series win marked the end of a 108-year drought in the team's history, and Game Seven will forever be remembered as one of the most thrilling, monumental moments in sports history.

For Scott Simon, host of NPR's Weekend Edition Saturday and a lifelong Cubs fan, it was a moment he never thought he'd live to see. My Cubs chronicles Simon's adolescence in Chicago as a die-hard fan to tell the story of the relationship between the team and the neighborhood and city, and how the condition of Cubness has both charmed and haunted the lives of so many fans. From theories and curses to jinxes and myths, Simon chronicles how a team of "loveable losers" inspired such fervor and dedication from their fans and how their 2016 win transcended sports to become an underdog narrative for the whole nation.

“Scott Simon’s My Cubs: A Love Story provides the emotional 108-year backstory. He lays out the context of suffering, of losses, of communal connections and religious devotion.... His view - the fan’s perspective - is no doubt crucial to understanding the significance of last year’s World Series.” (Rick Maese, The Washington Post)

"The author is a solid stylist, and his descriptions of Cubs' players, managers, and owners resonate, as do his anecdotes about his wife and daughters as they try to understand his mania." (Kirkus Reviews)

"A short and heartfelt memoir about his lifelong love for the Chicago Cubs.... Simon gives readers a wonderful look at how a Cubs fan - indeed, any devoted fan of any team - has a feeling of 'love, not loyalty'." (Publishers Weekly)

What listeners say about My Cubs