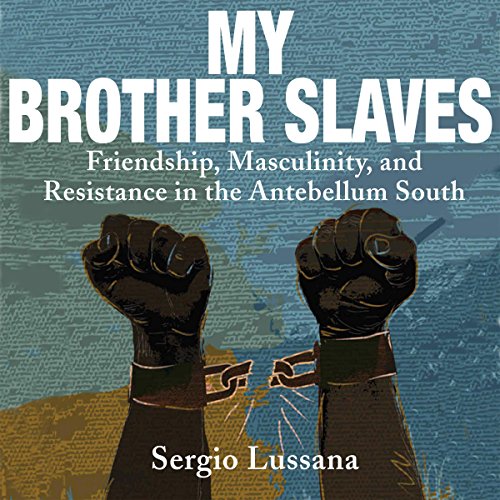 Friendship, Masculinity, and Resistance in the Antebellum South (New Directions In Southern History)
By: Sergio A. Lussana
Narrated by: David Sotolongo
Length: 6 hrs and 47 mins
Categories: History, American
4 out of 5 stars 4.0 (2 ratings)

By: Sergio A. Lussana
Narrated by: David Sotolongo

In this pioneering study, Sergio A. Lussana offers the first in-depth investigation of the social dynamics between enslaved men and examines how individuals living under the conditions of bondage negotiated masculine identities. He demonstrates that African American men worked to create their own culture through a range of recreational pursuits similar to those enjoyed by their white counterparts, such as drinking, gambling, fighting, and hunting. Lussana also addresses male resistance to slavery by shifting attention from the visible, organized world of slave rebellion to the private realms of enslaved men's lives. He reveals how these men developed an oppositional community in defiance of the regulations of the slaveholder and shows that their efforts were intrinsically linked to forms of resistance on a larger scale. The trust inherent in these private relationships was essential in driving conversations about revolution. Employing detailed research that draws on autobiographies of and interviews with former slaves, Lussana's work artfully testifies to the importance of social relationships between enslaved men and the degree to which these fraternal bonds encouraged them to resist.

"Innovative and exciting… makes a valuable contribution to the fields of gender and slavery and new studies of 'masculinity' and its meanings in the antebellum South." (Emily West, author of Family or Freedom: People of Color in the Antebellum South)

"This is an engaging and insightful addition to the growing literature on enslaved masculinity. ." (Timothy Lockley, author of Lines in the Sand: Race and Class in Lowcountry Georgia, 1750-1860)