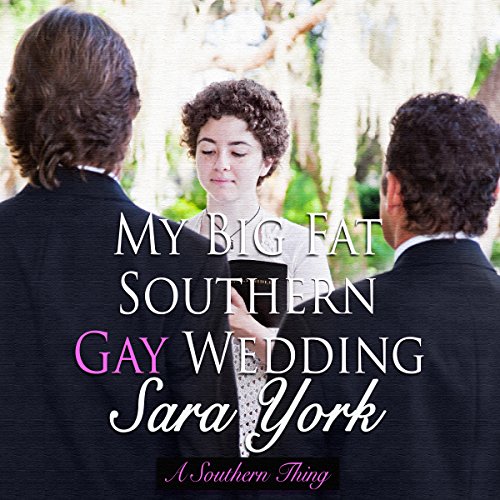 By: Sara York
Narrated by: Jason Frazier
Free with a 30-day trial

When he was a kid, Jack Miller thought life would be a certain way, then he figured out he liked boys and not girls, changing the course of his future. Jack has spent the last few years learning that life doesn't always give you what you expect, in both good and bad ways.

Andrew's gone missing, and Jack's parents have split. He's made it through high school, but the future is nothing without Andrew. To be complete, Jack knows he needs to find Andrew and bring him home. But Andrew has disappeared.

Lost doesn't even begin to describe how Andrew Collins feels. Homeless and destitute, he's ready to end it all. Thinking that Jack is dead, Andrew returns to Sweet to end his life on Jack's grave. Instead he finds lies were told that drove him to a path of destruction. After not seeing each other for almost a year, Jack and Andrew come together, but their problems don't end there. They must work hard to make it to their big fat Southern gay wedding or risk losing it all.

What listeners say about My Big Fat Southern Gay Wedding

The story picks up a few months after the events in Sending Jack Off To Jesus (A Southern Thing, #2) and both Jack and Andrew’s lives are in a tailspin. Andrew believes Jack is dead and is hitchhiking his was across the country aimlessly moving trying to find a way through his devastation. Jack has been rescued from the psycho hate camp and is desperately trying to find Andrew. As the weeks turn into months Jack begins to allow doubts to creep in that Andrew may be dead because he knows in his heart nothing short of death would keep them apart.

Andrew winds up in Miami and sinks further into depression with the things he has to do in order to survive. Fear of his parents finding him and finishing the job of murdering him keeps him from reaching out to anyone from Sweet or his past. When things turn particularly dark Andrew makes the decision to go home.

However, when he returns he finds Jack is not only alive, but he’s been searching for him for nearly a year. Andrew’s fear of Jack’s response to his physical scars, and the emotional guilt over the things he’s done while trying to survive, eat at him.

He needn’t have worried – Jack is so relieved and happy to have found him that everything is quickly forgiven and they begin to build their lives together.

From here the story goes into sweetness overdrive. York gives readers a super fabulous extra special wonderful super sweet happy ending, which include the boys getting through college, Andrew’s parents being brought to justice, Jack’s father, Nathanial, having a complete 180 degree turn in attitude as just a few things thrown in among the treacly sweetness.

As for the narration, Frazier sometimes has a lazy tonal quality to his narration which drives me crazy. However, with the exception of Billy's voice, he does such excellent character voices bringing everyone to life so well that all is forgiven. But Billy's voice...wow. So bad for me. Like a Muppet freebasing helium and crack. With that one exception, I loved his characters voices. Hands down Frazier does some of the best female character voices I've ever heard from a male narrator.

For the readers who have suffered with the boys and everything they’ve been through: know that as soon as the boys get back together nothing bad happens to them ever again. It's rainbows and kittens and unicorns from that point out. York doesn't disappoint with her hard-fought and hard-won HEA.

I can honestly say the narration is amazing. I've honestly listened to all the books in the series at least 10 times since buying. Honestly worth the time to listen

I have absolutely loved all of Sara York's "A Souther Thing" books and this one was no different. My heart absolutely broke seeing their struggles. This book definitely pulled my heartstrings. I was so happy they receive their HEA, as it was definitely deserved.

Jason Frazier never fails to meet my expectations. The passion and emotion he emits while narrating a story creates a link between the listener and the characters. His voice gives the characters life, which is not a task many voice actors have the ability to accomplish.

As a team, he and Sara York make excellent storytellers!

I love these boys

They surly did not deserve the hand/parents they were handed

The end.... Hate will Never Win....
This is the Third and final installment of Jack and Andrews story in A Southern Thing series.
These books will take you on an emotional heart wrenching journey reading and listening to everything Jack and Andrew have to deal with along the way to finding their forever with each other.
Andrew is finally away from his Abusive parents, but is dealing with a lot of emotional turmoil, not knowing what happened with Jack. He decides to make his way back to Sweet to say his final goodbyes. Jack is devastated having to move away from Sweet, and not knowing what happened to Andrew. He just cannot get over Andrew, and will Never give up on trying to find him. But of course fate will prevail and bring them back together. They still have a lot to deal with, getting to know each other all over again, and the emotions it brings when learning what they both had to deal with in the time they were away from each other. Jack is determined to never let Andrew out of his sight again. Finally they are on the right track. Getting into, and going to school. Getting jobs and helping the rest of Jacks family. And helping Jacks younger brother Billy learn that its ok to be *and dress* however you feel you should, and not let anyone tell you how you should feel. I was glad to see/hear that Andrew's parents finally *barely* get what they deserved, when they are caught. And that Jack and Andrew get the Happily Ever After that they both totally and fully deserve with each other. My main issue with this Book is Jacks Dad.... He is a Jerk.. He will always be a jerk. He will never Not be a jerk. And to try and give him any redemption was pushing it a bit. I do not think that someone like that can just change his thinking so quickly and I wouldn't trust him and forgive him as fast as they all seemed to. But other than that one concern, I was happy with how this book and the whole series played out.
Audio - Great finish to this series narration by Jason. I loved listening to his narration for Jack and Andrew through each of these books. He made sure that all of the emotions and intensity he put into his voice were correct when needed for the story. and I would definitely recommend the Audio of these books. But make sure you listen to all of them, and in order or you will be lost.

I love the narrator so much, his voice acting is on POINT!! This book had me emotional and is all good. That it. It's AWESOME

Amazing narrator to a great story.

Would you listen to My Big Fat Southern Gay Wedding again? Why?

The 2 main characters were wonderful.

If you could take any character from My Big Fat Southern Gay Wedding out to dinner, who would it be and why?

Th 2 main characters ,they were steadfast in their feelings and loved each other after all that happened.

I love this author and I absolutely loved this series. Jack and Andrew were so easy to fall in love with. The story line was incredible with the struggles they faced living in the south and being a pastors kid. The narrator was great too. He actually put passion and emotion into his reading.

I was hoping for a beautiful love story outlining exactly how they met and detailing what made them fall in love with each other and their life together. It was more the lust they felt for each other and the empathy they had for one another regarding both of their tragic stories with their parents when they found out they were gay. Even on their wedding night there was a passage on how they couldn't wait to bed each other. It was disappointing because it feeds into that stereotype of gay men.

I loved this, a perfect ending to Jack and Andrew's story. Heart-wrenching, gut-busting and uplifting many times throughout.

Enjoyed this book. Maybe a bit soppy at times .Wonderful narration.slipped between the characters with ease.