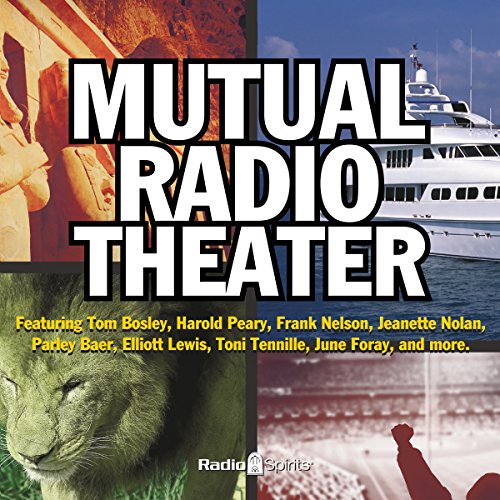 "Five nights of exceptional entertainment every week!" Produced and directed by Elliott Lewis and Fletcher Markle, The Mutual Radio Theater was a bold experiment in reviving the art of radio drama. Big name hosts - including Lorne Greene, Andy Griffith, Vincent Price, Cicely Tyson, and Leonard Nimoy -introduced westerns, adventure tales, and productions with a light comedic touch. These film and television stars shared the microphone with veterans of "the theater of the mind", including Arch Oboler, Frank Nelson, Harold Peary, Jeanette Nolan, Parley Baer, Tommy Cook, June Foray, and more. The result was truly evolved and exciting entertainment! Episodes include: The Goodnight Loving Trail 04-14-80; The Baseball Announcer 04-15-80; The Voyage of No Return 04-16-80; There…Go I 04-17-80; The Lover of Silence 04-18-80; The Legend of Gibson Holler 04-21-80; A Small Argument 04-22-80; Lion Hunt 04-23-80.