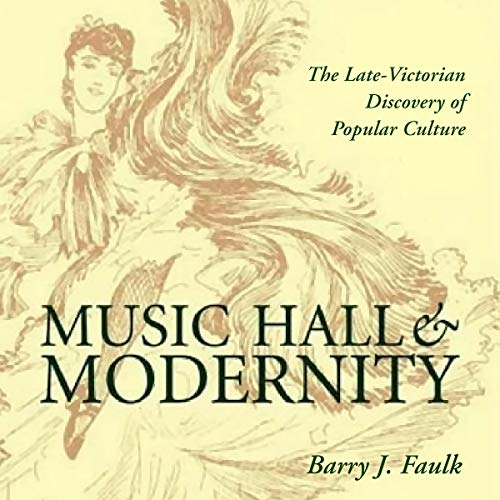 The late-Victorian discovery of the music hall by English intellectuals marks a crucial moment in the history of popular culture. Music Hall and Modernity demonstrates how such pioneering cultural critics as Arthur Symons and Elizabeth Robins Pennell used the music hall to secure and promote their professional identity as guardians of taste and national welfare. These social arbiters were, at the same time, devotees of the spontaneous culture of “the people.”

In examining fiction from Walter Besant, Hall Caine, and Henry Nevinson, performance criticism from William Archer and Max Beerbohm, and late-Victorian controversies over philanthropy and moral reform, scholar Barry Faulk argues that discourse on music-hall entertainment helped consolidate the identity and tastes of an emergent professional class. Critics and writers legitimized and cleaned up the music hall, at the same time allowing issues of class, respect, and empowerment to be negotiated.

Music Hall and Modernity offers a complex view of the new middle-class, middle-brow, mass culture of late-Victorian London and contributes to a body of scholarship on 19th-century urbanism. The book will also interest scholars concerned with the emergence of a professional managerial class and the genealogy of cultural studies.

“An important contribution to understanding the development of ‘popular culture' as a category in the 19th century....” (Choice)

“The book ranks with the best of recent treatments of Victorian London.” (David Pike, author of Subterranean Cities)

What listeners say about Music Hall and Modernity